It's been awesome opening up a bunch of hobby boxes this week, but not that it's Sunday, it's time for some retail goodness. Today I'll be breaking in to a product that has priced itself out of the budget of most collectors at the hobby level. 2010/11 Upper Deck Series 2 was apparently heavily short printed as a whole. Because of this, to buy a box would be to pay about twice as much as it initially sold for upon release. Pretty nuts! The retail version can still be found at a decently reasonable price. I'll be ripping a blaster of it today. 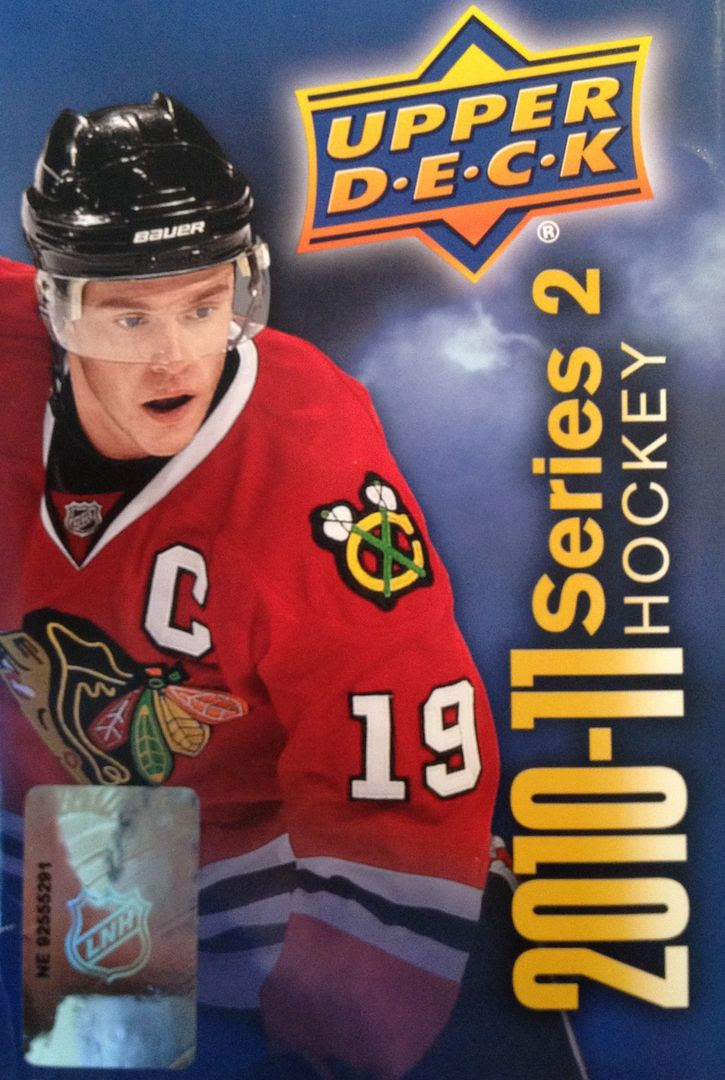 At about $15, these blasters are lower than their suggested retail price, but a little higher than I usually pay for a retail product found online. I decided to pick it up because I know the history of this particular set of cards. They are less common than what Upper Deck usually puts out. I remember buying a few hobby boxes at the time of release. I remember wanting to get some more. And I remember not being able to. Because of that, when I am able to pick some up at a decent price, I will usually jump on it.

Hobby boxes of the 10/11 Series 2 command higher prices because they were pretty loaded with hits and inserts. The retail version of the product opens up more like a standard Series 1 or 2 blaster would - 2 Young Guns, some inserts, and a bunch of base cards.

The main draw in this set is the Tyler Seguin Young Gun card. I had one at one point but traded it away. It'd be nice to get one back. It's not a card I'm desperate for, but that would be a nice one to have in my collection.

Which Young Guns will come out of this blaster? Let's open it and find out:


Review -
Just like with many recent Upper Deck Series 2 products, there were Victory update cards included in the packs. I always forget they are in there until they pop out. The Victory cards give collectors a nice little opportunity to pull the big named rookies from Series 1 out. 10/11 was a great year for rookies. Out of my three Victory rookies, I would say that one of them was one of the better pulls from that year. You'll see it in the top three later.

I also forgot that Retro cards were inserted into these packs. These cards have the look of an early 90's Upper Deck hockey set. Most of the time you'll pull a common card out, like the Travis Moen I got, but on occasion, you might be lucky enough to get a Retro Young Gun or a Canadian World Juniors card. They are harder pulls, but not impossible to find in blasters.

As with all Upper Deck Series 1 and 2 products, the photography on the cards was outstanding. Three of my favorite photographs from this break were of goalies. Niemi, Luongo, and Lehtonen's base photographs really stood out to me. I always have to give huge props to Upper Deck for finding such great shots. 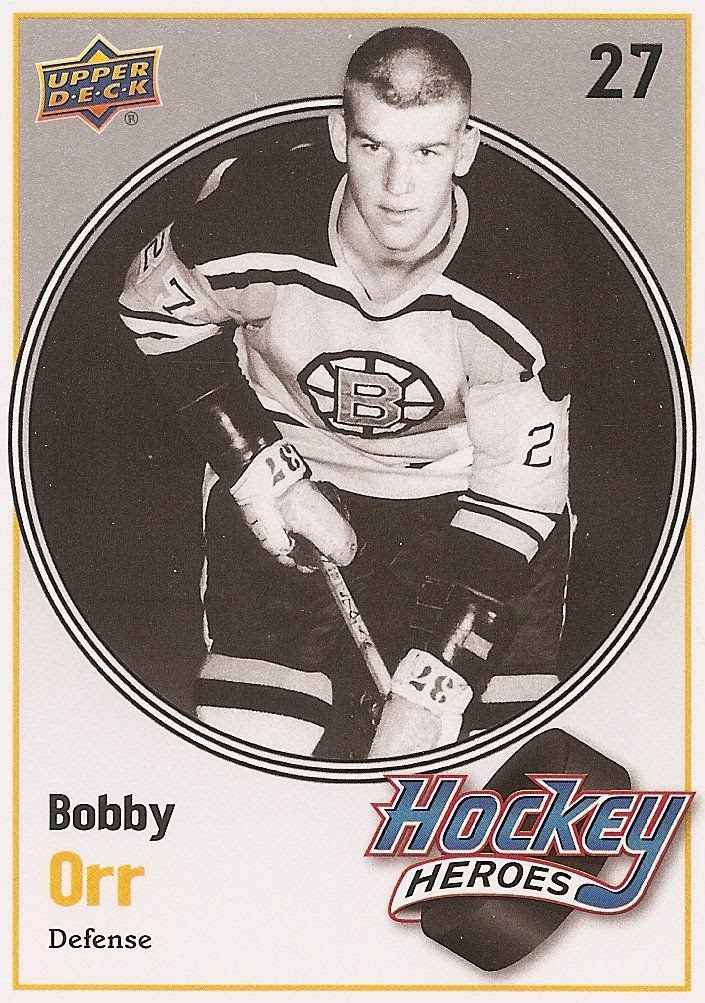 #3 - Bobby Orr Card No. HH10
I'm not a huge fan of the Hockey Heroes sets, but Bobby Orr is great enough of a player to warrant inclusion into the top three! 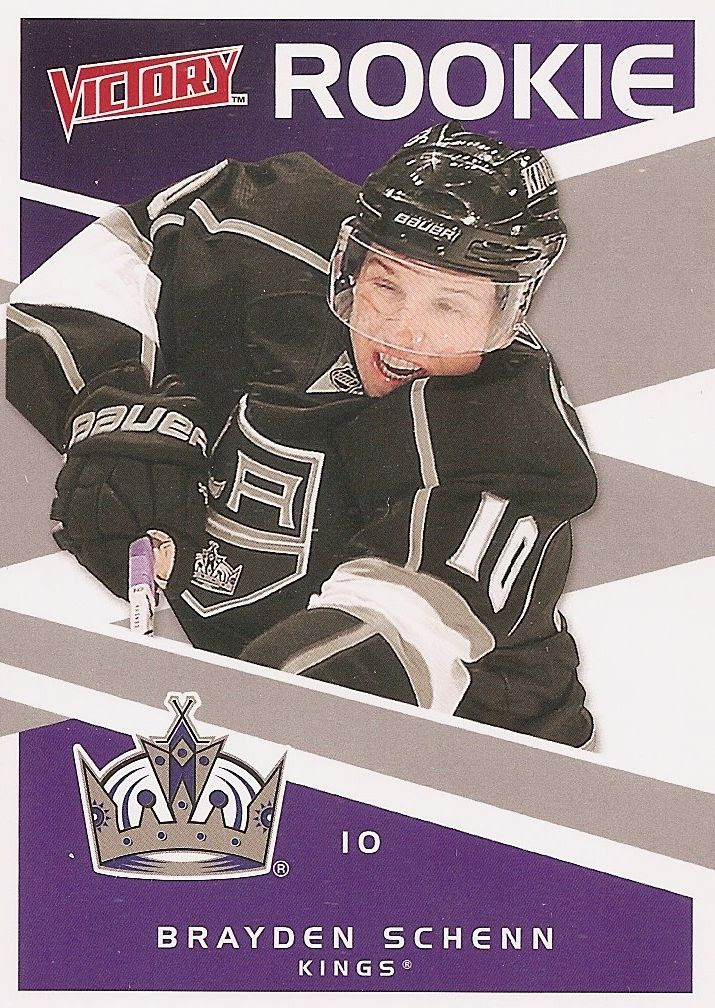 #2 - Brayden Schenn Card No. 324 (Victory Update)
I've gotten a few Brayden Schenn rookie cards in Retail Review. The Victory rookie has a nice design that gives a lot of movement to the card. 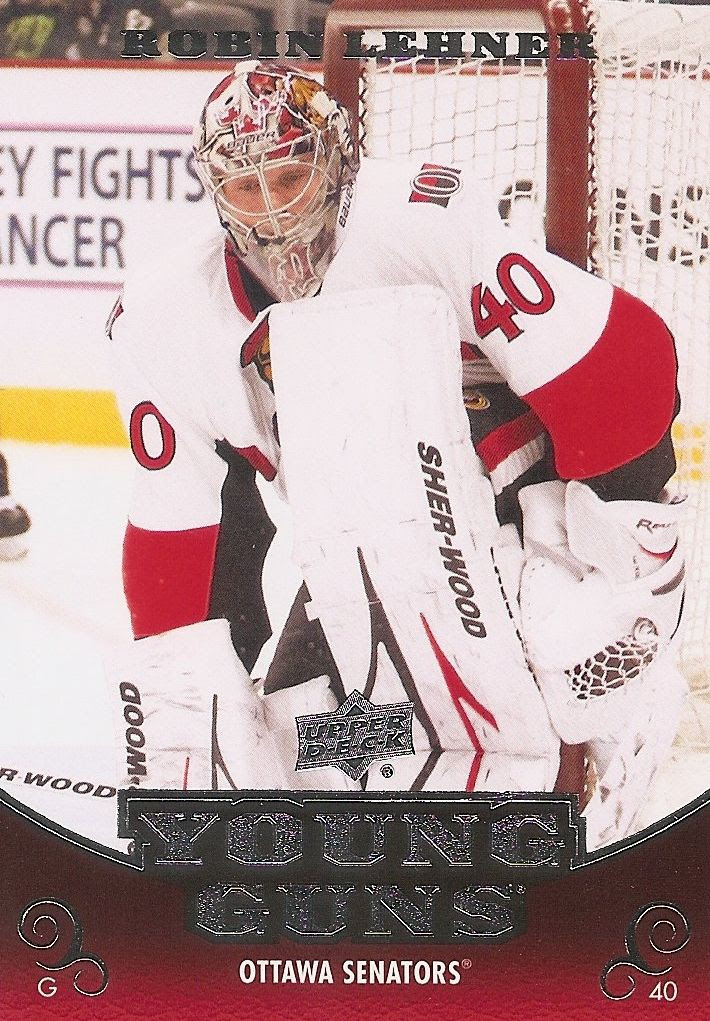 #1 - Robin Lehner Card No. 486
Lehner was definitely the better of the two Young Guns I pulled. This close-up photo of him and his giant goalie pad is pretty cool.

Overall Value -
This blaster of 10/11 Upper Deck Series 2 didn't really deliver in terms of great hits. I got all the things 'promised' in a box, but there wasn't anything that really stood out. But still, getting two Young Guns is always a good thing. I enjoyed the break and I'll definitely be getting some more of 10/11 UD2. Hopefully next time the results will be better!

Look for a new episode of Retail Review every Sunday!
Posted by luke. at 7:03 AM