Cardboard Commentary #14 (In The Game Cards)

Non-licensed card products have rarely gained a foothold in the hobby. Often they are treated as second-class citizens when compared to their fully licensed counterparts. One company in the past was able to gain some collector interest - Classic. But that brand petered out and faded away. More recently, companies like Press Pass, Leaf, and even Panini (with baseball) have made some significant strides in the realm of non-licensed products. One company, however, has really led the way in peaking collector interest with high quality memorabilia and unique set ideas; that would be In the Game, or ITG for short. ITG has, for years now, been producing cards that have strong collector (particularly in hockey) appeal. Though Panini and Upper Deck hold the official license, ITG can hardly be called an outsider when it comes to hockey cards. 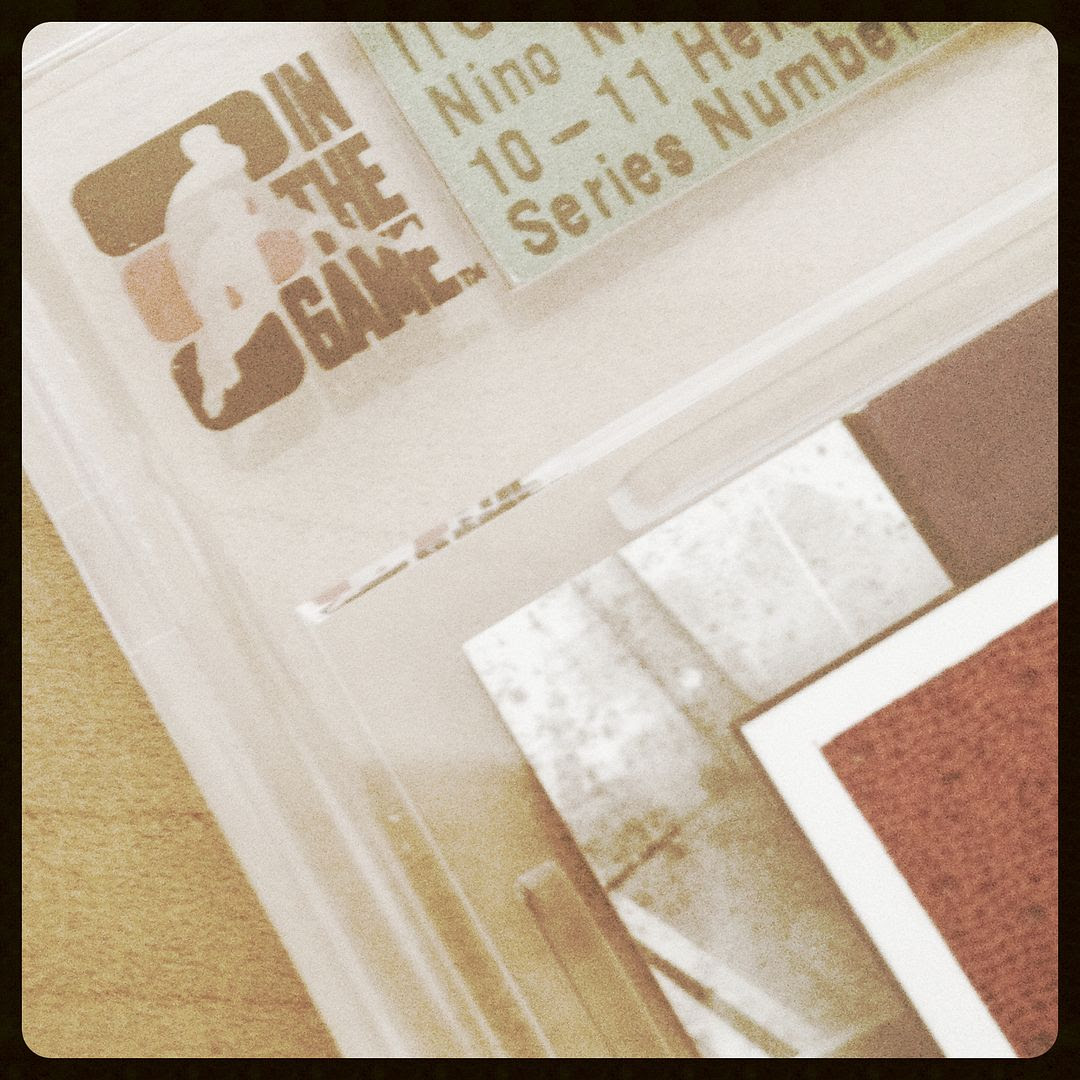 Though ITG does not have official NHL licensing, the company is able to put out steady and unique sets of cards throughout the year. In fact, in this lock-out shortened year, I believe ITG released more products than either Upper Deck or Panini put out individually. That's pretty impressive. Today I'm going to highlight some areas of strength in regards to ITG as well as an area where I believe they could improve.

One of ITG's biggest strengths comes in their prospect driven products. Heroes and Prospects is a line that delivers cards of the hottest young talent before they even have an official rookie card. ITG is able to give collectors game-used material and autographed cards of these players. The goalie-centric Between the Pipes does the same, except with a greater legend and current NHL player mix. Even ITG's highest-end lines of Ultimate Memorabilia and Superlative have young prospect cards available for collectors to get their hands on. Savvy collectors who can forecast young talent could possibly get some great cards at bargain prices if they predict correctly.

On the other end of the spectrum, ITG also shines when it comes to hockey legends. ITG has a good grip of the history of hockey (pun, not really intended here!). They have relic pieces of former players that I have not seen from Panini or Upper Deck. ITG really digs deep when it comes to adding legendary content into their cards. For collectors who love the historical aspect of the hobby, ITG really gets the job done.

Speaking of history, many of ITG's sets have celebrated the history of the NHL in special ways. Many recent ITG offerings have focused in on specific teams. These team-themed sets have been great tributes to the franchises they represent. I'm sure fans of the represented teams were all over those releases when they came out. I'm just crossing my fingers for when ITG does a San Jose Shark special set (yeah... right!). Besides these team sets, ITG seems to always have a theme in mind when releasing cards. The History of Hockey release was all about hockey's past, present, and future; last year's Enforcers set put hockey's toughest players in the limelight; and Superlative was all about a book... ughh... well, I guess that really didn't have a theme - but Superlative was AWESOME this year.

And finally... the memorabilia. I don't think any other company puts as much care into their memorabilia products than ITG does. When I pull a boring, standard jersey from Upper Deck or Panini, I don't really think twice about it. For some reason with ITG it's different. Maybe because the back of the card tells you exactly where the piece came from. That could be it; but I'm not sure. I just know that memorabilia is treated more reverently with ITG than with the others - at least that's my feeling. From the simple one color jersey watch to the ridiculously large take-up-the-entire-card patch - ITG gets memorabilia right.

Though ITG does a lot of things very well, there is one huge aspect of ITG that needs improvement - the card design. ITG has made great strides in this area, but their designs really pale in comparison to anything from Upper Deck or Panini. Upper Deck still firmly holds the title of best looking cards. And ITG is way down at the bottom. ITG releases seem to be stuck a decade or more back in terms of design. Everything from the way the cards look to the card stock they are printed on could use a bit of a make-over. The good people at ITG probably don't want to hear this (I think it's a bit of a sore spot), but collectors want more from them in the area of design. I'm not sure how this can be addressed or changed, but this is one area that I think ITG loses collectors. Sorry, but looks count. I would actually suggest looking at how Panini did their non-licensed baseball line. Their designs were pretty outstanding (from Prime Signatures to National Treasures; all their non-licensed baseball cards were just spectacular).

When I first got back into collecting, I went straight for the licensed brands. I knew ITG was there, but a few factors held me back from buying it. First, it was the way they looked compared to Upper Deck. I just didn't think they were up to par. Second, was the licensing. But third was the availability of ITG. My local cards store (D and P Cards) occasionally stocked ITG, but not every product was available on the shelf. ITG was hard to get my hands on; to get it I would have to order online and wait for it to come. That was definitely a factor why I didn't take to ITG initially. And even now, I know I haven't gotten to review products from ITG because of their availability to me. You'll notice no review of ITG Ultimate Memorabilia or the new Draft Prospects. Will they be reviewed? I hope so... but it may be much later when I finally put another order in at dacardworld - which may be months away.

There are definitely collectors on both sides of the fence when it comes to ITG. I'd love to hear your thoughts on ITG. Let me know what you think of them and their cards. For the ITG haters out there, please let me know the reason for your passionate hatred. There must be a reason. For the ITG lovers, what makes them a company you enjoy getting products from? Tell me in the comments below!
Posted by luke. at 3:51 PM