So here's something completely different! When I was making my retail product order a couple weeks ago I accidentally ended up purchasing 2 hobby packs of Be a Player. Rather than just opening them in a normal video, I had the idea to just include them here in a special hobby edition of Retail Review. Sometimes hobby packs are available in places like Wal-Mart and Target, so that's my justification for including these products here today. A Score Rookies & Traded set came free with my order so you'll see me open that in the video as well. 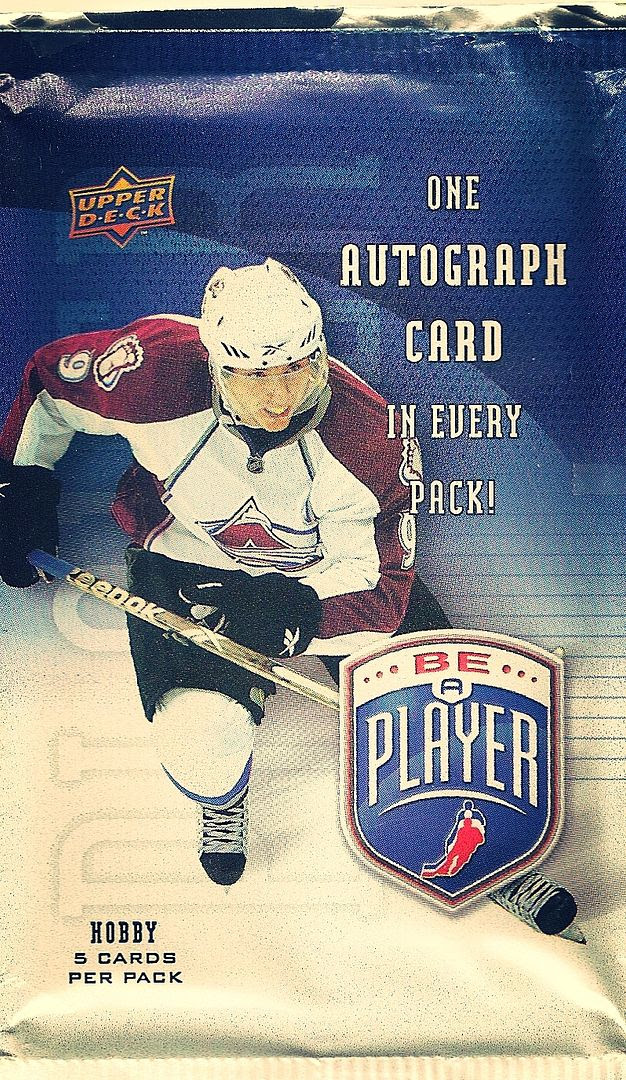 When I made my order, I thought that I was purchasing two blaster boxes of 09/10 Be a Player rather than 2 packs of BAP hobby. A blaster box and a hobby pack are the same price, so my mistake must have been in not paying enough attention to the specific details of my online shopping cart. Both blaster boxes and hobby packs contain essentially the same desired outcome - one autographed card. The advantage of a hobby pack, though, is that insert cards are much easier to pull. BAP Retail blasters just give collectors twice as many base cards - rarely does anything else of note surface.

The boxed set of 10/11 Score Rookies & Traded was a free bonus. I've opened a bunch of these little boxes already. They are neat little sets. Since they came out, these guys have had major price drops. You can find them for around $8 each now. Each box comes with an autographed card and a chance to pull out a Taro Tsujimoto short-print card. If you don't know who that is, it's worth a google search! I'd actually love to have a Tsujimoto card for my hockey PC. That would be awesome... maybe he'll pop out today! The Tsujimoto is a case hit (1:20 boxes).

Let's see how different hobby is from retail... it can't be that different, can it?


Review -
Hmm, I guess hobby is pretty different than retail! This break just goes to show the disparity between the two formats. But I think it's pretty common knowledge that it's always the better idea to go for hobby if you can.

If you've been following my Retail Reviews, you've seen many Be a Player blasters opened. In just two packs of hobby, I got a card that is probably better than anything else I have found in retail Be a Player blasters... and that wasn't even the guaranteed autograph - it was a bonus hit! Not every pack of hobby will present a card like that, but in the long run, these types of pulls are much more readily available.

I definitely enjoyed this break. Pulling four autographs out of three sealed items was pretty awesome. Let's take a look at the top cards from this break: 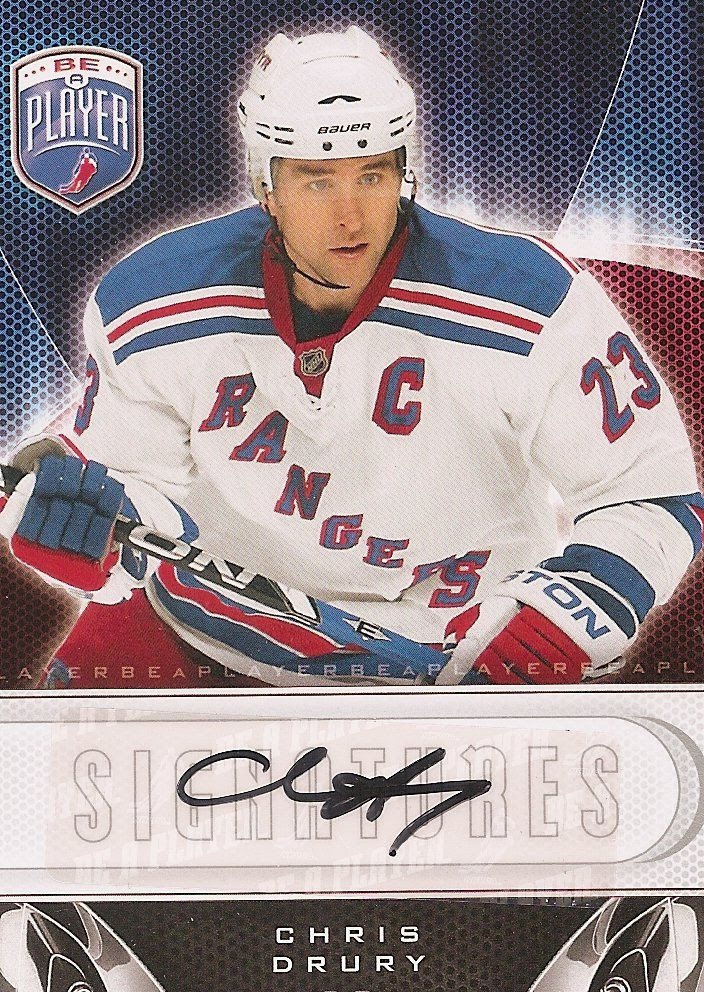 #3 - Chris Drury Card No. S-CD
Drury was a good player earlier in his playing days. He was part of a Stanley Cup winning team,  was captain of a couple teams, and also a fan favorite. Though his career kind of petered out just a short while ago, he has made his mark on the game. I have no qualms about pulling his auto! 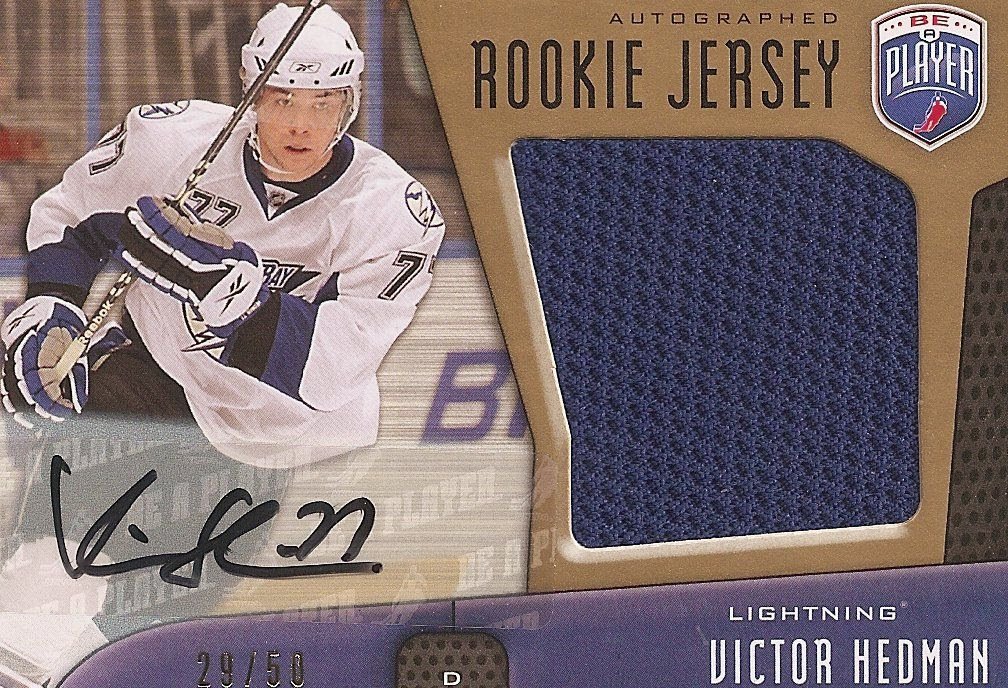 #2 - Victor Hedman Card No. RJ-VH
I was very tempted to put this Hedman pull in the number one slot this week. It's probably the most valuable card from my break today. I'm not sure if this card would even be available to pull in a retail blaster! If it were available, the odds would have been pretty long. Hedman was much more popular in the hobby during his rookie season. I'm not sure if he'll ever get back the hobby love he enjoyed back in 2009. Still a sweet card though! I can't complain here. 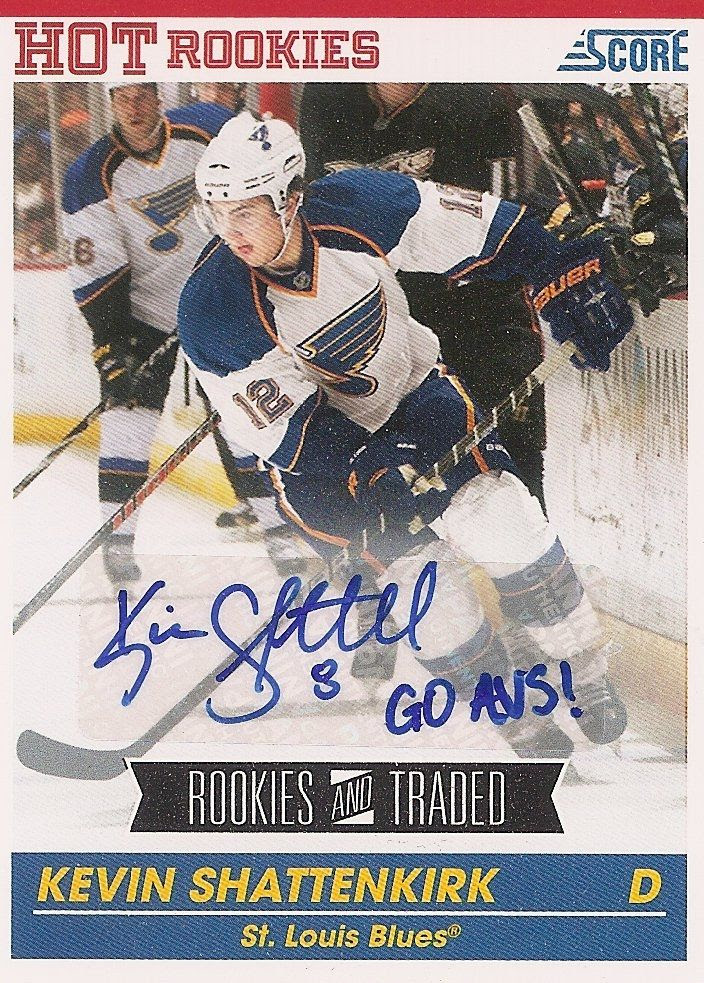 #1 - Kevin Shattenkirk Card No. 601
I just had to put this card in the number one slot. Shattenkirk is a solid player, but besides that... the fact that it says 'GO AVS!' on the front with him being pictured in a Blues jersey is just too hilarious to me. Obviously Kevin didn't think he'd be switching teams that soon in his playing career. I love it! It really makes this card special and unique.

Overall Value -
For the price I paid for these cards, it was definitely a great value. Sometimes hobby packs and boxes can find their way into retail stores for clearance. Though these products may be older, there is a good chance that the contents of them will be better than anything else available on the shelf. I would personally give them a shot if you can find them.

Next week it'll be back to normal Retail Review. I hope you enjoyed this little special hobby edition of Retail Review - I know I did!

Let me know what you thought of my break today in the comments section. Have you found hobby products at your local Wal-Mart or Target (or similar type) store? How did you do?

Look for a new episode of Retail Review every Sunday!
Posted by luke. at 7:20 AM