Cardboard Commentary #4 (What Sport to Collect Part I - Baseball)

When I got back into card collecting a few years back I had to make a decision - what sport should I focus on? As a kid, I dabbled in all four of the major North American sports. I collected baseball (first), then got heavily into basketball, then hockey and football as a high schooler. With this article I'm going to start a four part series on reasons for and against collecting each of the afore mentioned sports. If you're someone trying to decide what to collect, hopefully this series will give you a little insight! 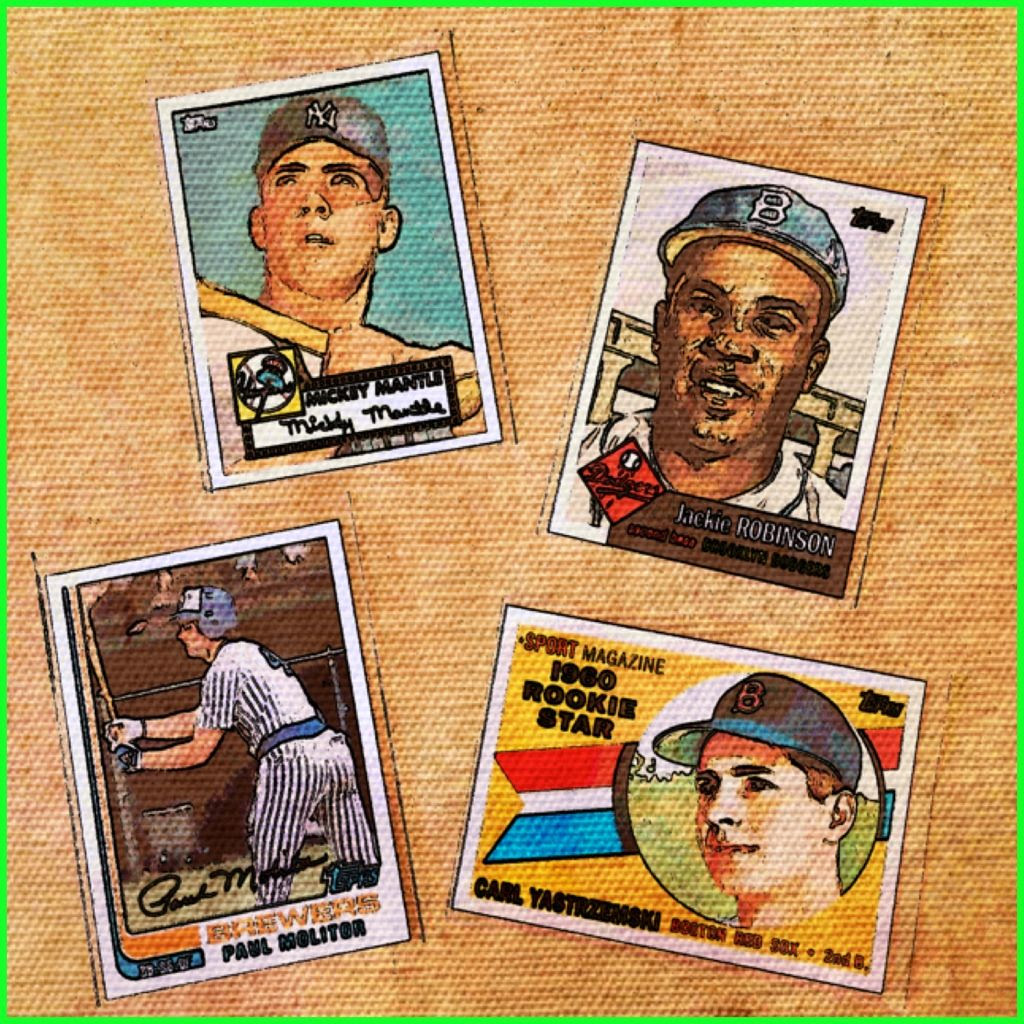 I'm going to start with baseball as it was my first love in terms of card collecting. As a little ten year old, I remember the excitement of buying baseball cards at my local grocery market. It was soo cool! Now the hobby has become increasingly complex in terms of what to buy and what to collect. As many of you know, though I have a PC of the San Francisco Giants, baseball is not a sport that I have chosen to heavily collect. Here's my take on the baseball cards.

Baseball has a lot going for it in terms of the hobby. To me, it is the most legendary sport to collect. It has the richest history in terms of cards and players. There are so many iconic cards that everyone recognizes... from the holy grail Honus Wagner card to Mantle's rookie to the 89 Upper Deck Griffey Jr. Even non-collectors know and recognize these cards. Heck, they sometimes lump the whole of card collecting into the term 'baseball cards'. Baseball is a giant when it comes to cardboard collectibles. Though baseball has had countless legendary players, I have found that modern players in baseball have not had the same staying power as in day's past.

Most of the excitement in baseball card collecting comes in the form of speculating on prospects. Some of the most popular baseball products are from Topp's Bowman brands. These brands are focused on the youngest players - many of which are unknown and unheard of. Speculators enjoy buying up these cards in hopes that one day that prospect will be a star MLB player, because if that were to happen, those cards would be worth their weight in gold. See, baseball has this whole thing going on about pre-rookie cards. It's a bit complicated as collectors try to get their hands on a player's first card - which usually will be in Bowman prospect products. So the question is what's more important (or better), the player's rookie card or their first Bowman card? You can argue over that with the baseball folks.

Topps is the only card manufacturer licensed to produce cards with official MLB logos. So if you're wanting official baseball cards, Topps is the only company to go with. If you like Topps, that's not a problem, but if you don't... well... you're out of luck. Topps does do a pretty good job of providing a wide array of products though. Their flagship product (Topps Series 1 and 2) is very cheap and offers a ton of content. Their midrange Chrome and Finest products feature opportunities for autographs and refractor parallels, and their high-end products have some pretty spectacular memorabilia pieces and autographs of baseball legends, current players, as well as younger players. And like I mentioned before, Topps makes Bowman too, which adds in a range of prospect driven products.

With Topps though, it feels like the chances of pulling something great is more difficult than with other companies. Though many companies tier their hit content, for whatever reason I feel that getting a superstar player hit out of Topps is harder than with others. I'd be interested in your take on that.

Other companies have jumped into the baseball bandwagon as well, though they do not feature team logos. In my view, Panini has done the best job of giving collectors great looking baseball cards that mask the fact that they don't have team licensing. Their Prime Cuts and National Treasures lines are particularly done well. They both capture the baseball feeling perfectly in their design - clean and classy. Companies like Leaf, In the Game and Upper Deck also have attempted baseball products to varying degrees of success. It will be interesting to see what they come up with next as Panini has shown that great design can overcome collector aversion to unlicensed products - I have been amazed at what some of the Panini baseball cards have gone for on eBay. I thought I could get some of sweet SF Giant cards from National Treasures for a nice, low price. I had to think again.

In terms of collecting baseball players, I have found that baseball has to be one of the least stable sports. Players get hot and cold so often! And usually a prospect or rookie that is on fire one season will sputter out the next... never to ever regain their hobby status. And even stars that remain stable for many years have time against them. Very few players can maintain hobby dominance for a lengthy amount of time. Most often players in baseball play too long, and then one of two things happen - their performance dwindles but they don't retire. And collectors lose interest. Another is that some terrible secret comes out - like a player is found to use illegal substances... and collectors lose interest.

Longevity in this sport is detrimental to hobby love. I can't even think of many players who have been able to dodge this. Let's name a few who have been around for a long time and have definitely fallen... A-rod... Griffey Jr. (to an extent)... Josh Hamilton. And who has stayed hot for almost their entire career? Maybe Ripken Jr. or Derek Jeter... not many else. Albert Pujols could have been a player who could have been said to have been completely solid a few years back, but now... he has definitely taken a dip.

The current hottest players are Bryce Harper, Mike Trout, and Yu Darvish. If I were collecting baseball right now I'd be after these cards... but I'd also be looking to sell those cards as fast as I could, because as hot as they are now, history has shown that often even the most 'can't miss' player can take the hugest of all tumbles... all the way to the common bin.

So in my estimation, baseball is a speculators sport. It's becoming a hobby that requires some pretty good insight into prospecting if you want to hit it big. And when you have hit it big, it's already time to sell, sell, sell. But if you just love the sport and your team, it is the sport that provides the most rich history in terms of collecting.

What do you think about collecting baseball cards? Is that the sport for you? Why or why not?
Posted by luke. at 6:37 PM