This morning I've chosen to open the third and final box of Donruss from my latest card order. The first two boxes had some highs, but both left me hitless. Some say that the third time's the charm. Will this box yield a hit? Or will I go oh-for-three with these guys. Guess I'll just have to crack it and find out! 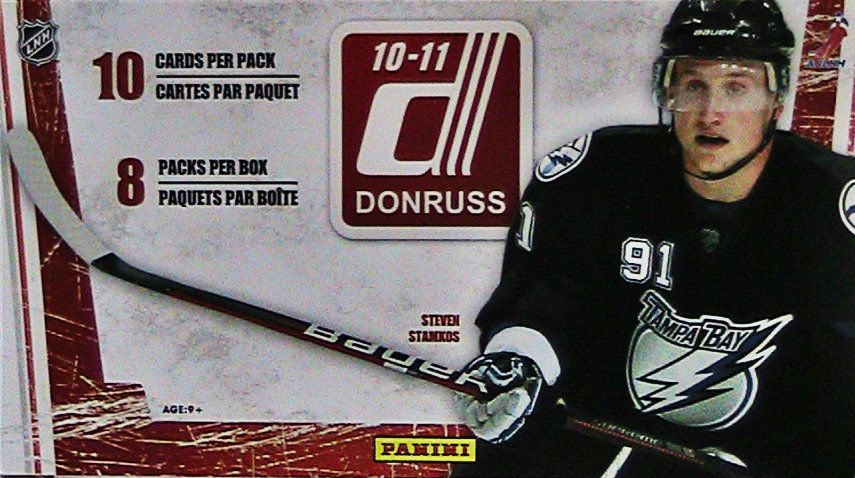 I've found out that opening a box of Donruss can be a real crapshoot. You really never know what you're going to get. I've found that you shouldn't expect to find a hit in the boxes, and you may not even get rookie cards. Sometimes there are only inserts to be had - like in Retail Review #36. Donruss is full of uncertainty!

That being said, I really wonder what will come out of my box today. It states on the blaster box that autographs are possible pulls... that would be amazing to get, but I'd be willing to settle for any hit at this point!

Let's see what comes out of this one!


Review -
Well, with the first pack... BOOM! Well, maybe more like boom. Haha! I'm glad to get a hit finally from my latest break of these blasters, even if it was just a low value jersey card. So with that done, I could only expect to find inserts or rookie cards left in the box.

And this box turned out to be a rookie heavy one. Out of the three Rated Rookies I got though, only one actually was on an NHL roster at the time of this review. Evan Oberg and Jeff Penner were the two rookies I pulled not on currently on a NHL team. With such a rich rookie class in 10/11, I wonder why I keep pulling bottom-level players... I don't recall the Rated Rookies being tiered so that better rookies were harder pulls... but I could be wrong on that.

All-in-all this break started decently and ended on a whimper. But you know, I can't complain too much as I did get the hit I'd been asking for.

Let's see the hit and the other two cards that made the top three this week: 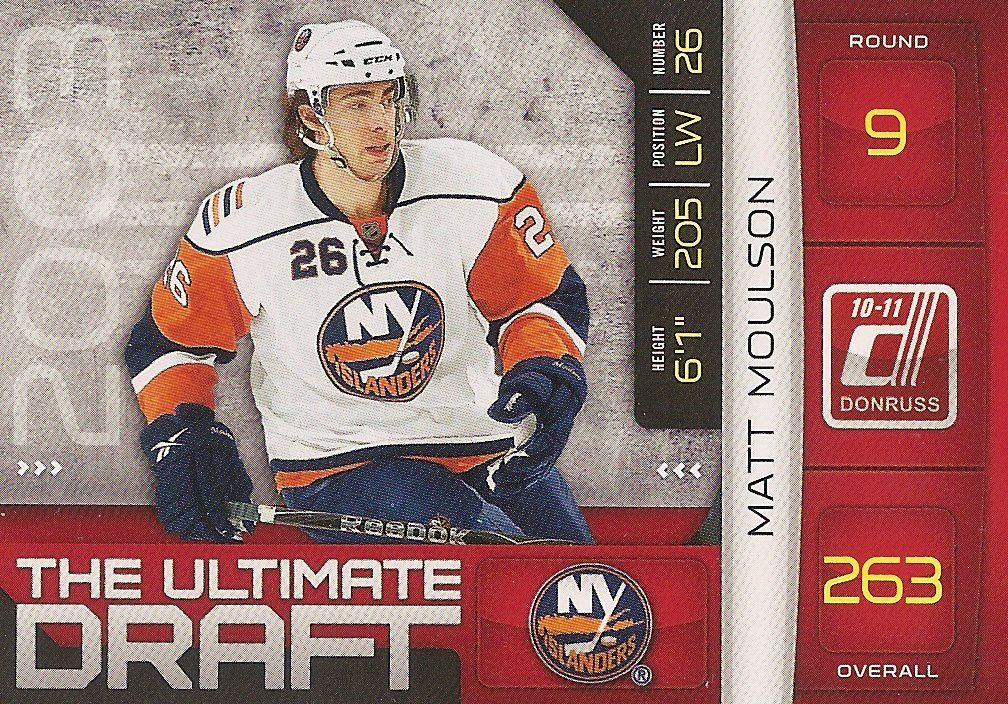 #3 - Matt Moulson Card No. 28 (The Ultimate Draft Insert)
Like I said in the video, these Ultimate Draft Inserts are interesting to me because of the players they chose to feature. After getting this card though, I checked out some of Matt Moulson's statistics and was surprised to see that he had scored 30 or more goals in the past three seasons. Pretty good! He's no Stamkos, but yeah, pretty good. 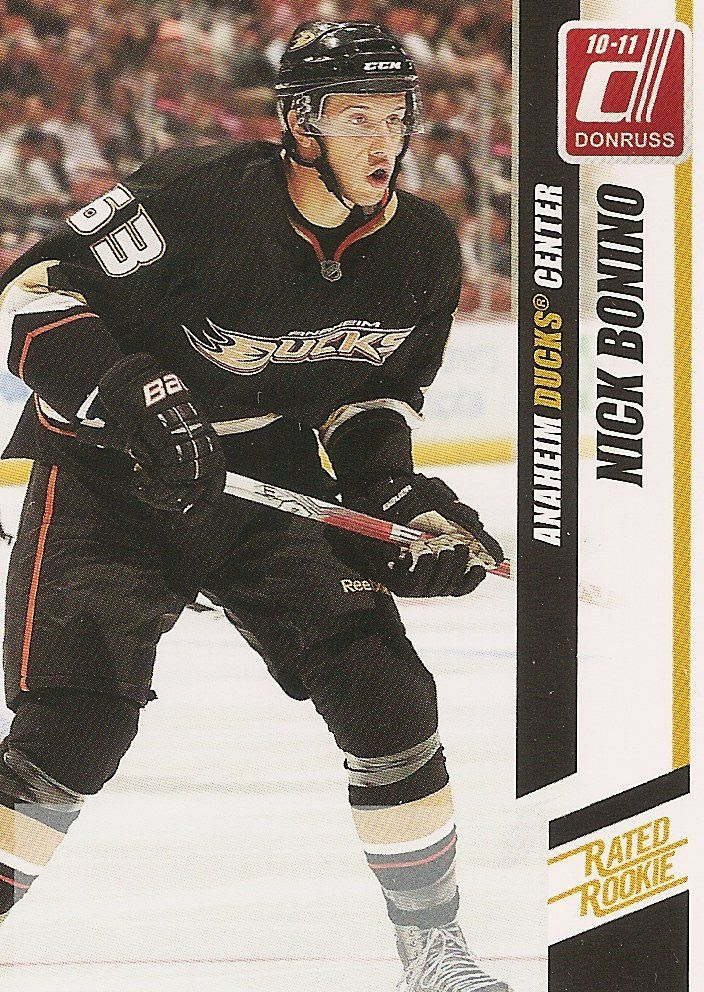 #2 - Nick Bonino Card No. 260
This was the one rookie card I pulled where the player featured is currently on an NHL roster, so this card makes the top three. Nick Bonino was not a big rookie card to pull in 10/11, and really, still isn't... but at least he's playing... and that's better than what can be said of the other two Rated Rookies from this blaster box. #1 - Jay Rosehill Card No. 70 (Boys of Winter Jersey Insert)
Yay! My hit! It's JAY ROSEHILL. Yep... not sure what to say about this card. It has a piece of jersey in it so it automatically gets elevated to the top stop! I'll probably throw this card in as an extra in a trade down the line with some Leafs fan.

Overall Value -
At this point, I'm not sure how much I would recommend Donruss. It can have its very specific niche of collectors, but there's only a marginal level of excitement that it can bring. Even among Panini's own family of brands, there are better choices at the same price point. If you open Donruss, I'm sure it's just for a little bit of fun... and that's not a bad thing!

Let me know what you thought of my 10/11 Donruss blaster down in the comments below. What have you gotten out of these blasters? I'd love to know!