Check it out! Yet another weekly feature is coming to the Cardboard Review. It's going to be called Cardboard Commentary. Each week I'll be writing an article about something in the hobby. It could range anywhere from talking about what to collect, what's hot in cards, opinions, shipping, eBay, to... well... ANYTHING! If you want to propose a topic, I'm all for it. Let me know in the comments section. I look forward to this new series. I hope you like it! 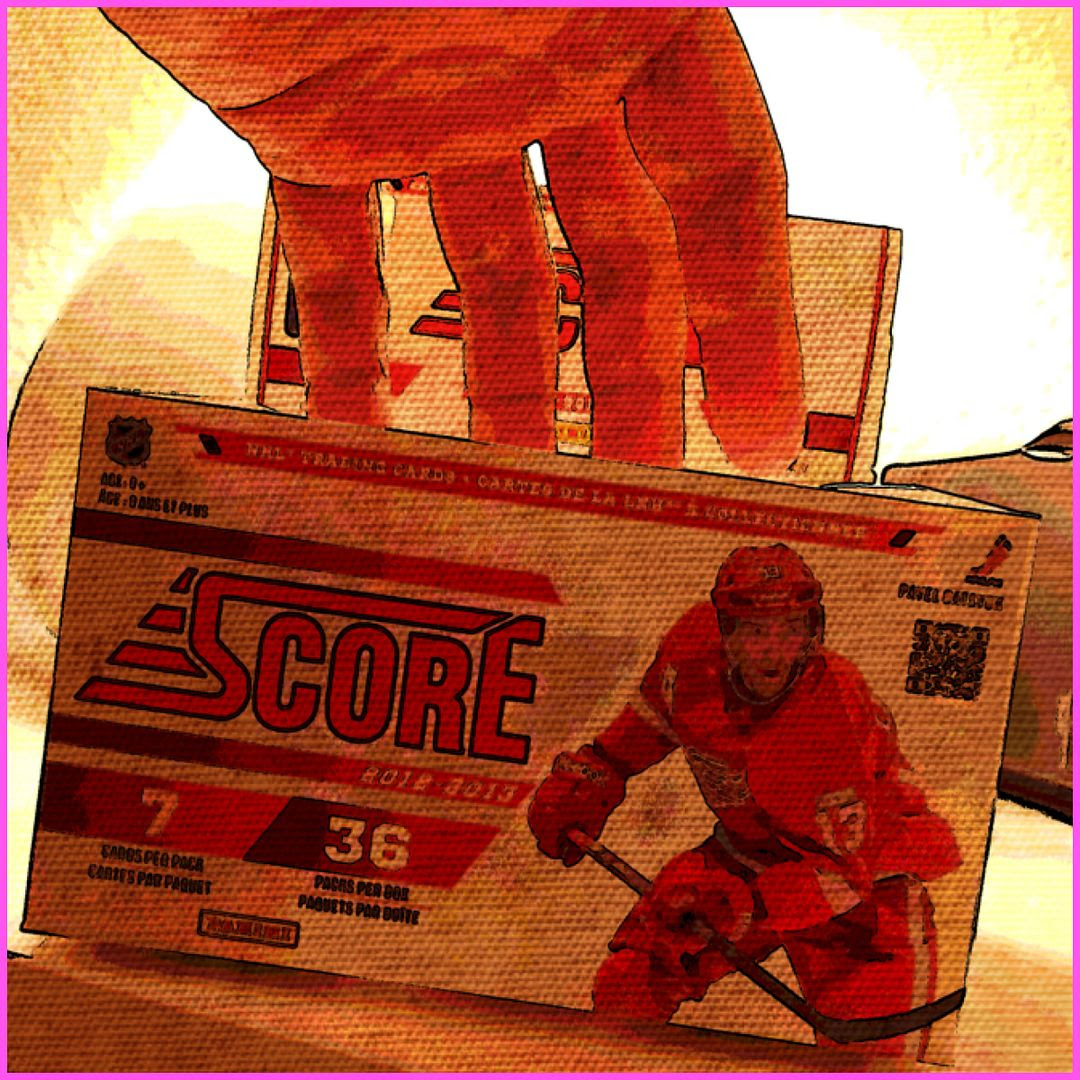 The first topic I'd like to talk about is why collect cards in the first place? See, card collectors are a very small minority in the world (and sadly, getting smaller). And I think most non-collectors would question why people would 'waste' time and money on little pieces of cardboard - this applies especially to adult collectors (like myself). Isn't card collecting something just for kids anyways? I mean, if someone is going to buy sports cards, it should only be for younger (say, teens and under) people. C'mon, grow up!

Well, first and foremost, I have to say that if someone chooses to collect hockey, baseball, football, or whatever kind of card for their enjoyment, there's absolutely no need to judge them. Hobbies are great ways for people to invest their time in something they like to do. I don't think there ever should be a need to look down on things that people enjoy doing. And I'd say this would apply to stamp, comic, coin, and other collectors as well as people who enjoy playing video games, music, board games, knitting, doing sudoku, painting, and all other types of activities. If someone likes to do something, let them be happy doing it. No need to judge.

Now that that's out of the way... why collect cards?

There are actually many reasons, but here are a few that apply to me (and maybe others):

First, collecting cards brings me closer to the sports I follow. I remember buying baseball card packs as a kid and wondering who these players were that I had pictures of. When a ball game would come on, I'd go to my pile of cards and take out all the cards of the two teams that were playing on TV. I'd pay close attention to their batting, their fielding... everything they did. It was cool to know that I had THEIR card! So I became invested in that player, and it made the game more exciting for me. Now as an adult, I don't put all my cards in front of the TV anymore, but when I pull a rookie card, I'm pretty much immediately looking up their news and information on the internet to see what their potential is, or how they are faring in the league. It's totally fun, and it's a great way to get in the game.

So I just told you about how I would line up my cards during games... well... those were awesome memories for me. And as an adult, I remember my childhood days fondly. Some of the best times were buying and trading cards with my cousins and friends. Going to the local card store with them was always a thrill. For some reason it was always a competition to see who could pull the better cards. Usually I lost because my cousin Jimmy always had the hot hand (darn him!)... but those were definitely good times despite me getting jealous of Jimmy's ridiculous pulls. I think the reason why a lot of us adults still collect or have come back to collecting is because of those great memories and experiences we had as kids. And there's something to be said about doing something consistently for a very long time. I mean... how cool would it be for a baseball card collector to have collected from the days of Mickey Mantle to the present day. That would be some bad-ass-ness there! Imagine that collection!

And finally, collecting is simply thrilling and fun. It's pretty much a form of risk taking (ahem, gambling *cough* *cough*). Who doesn't like buying a pack of cards and finding a super rare autograph or memorabilia card of some superstar player in the NHL, NBA, etc. That's just as awesome as it gets. And it keeps us coming back for more - because it just doesn't happen often enough - hah! Just enough though, right? I have heard some liken card collecting to having Christmas every time they have a mailday or pack/box break. Opening something that could potentially have something cool that you want is never a bad thing. That's the more positive spin on labeling the thrill of breaking boxes and packs. But any way you look at it, it's just plain fun to do. Just make sure you have a good budget for your spending though - thankfully there is a huge range of products with many different price points for collectors to select from.

So there you have it... just a few reasons for collecting. Like I said, there are many more (like helping your organization skills, giving you something to pass on later, to be a part of a community...), but I'll leave it with just the three above. If you have a great reason for collecting, I'd love to hear about it in the comment section below.

Thanks for reading this first post of Cardboard Commentary! This will be a once-per-week column on this site. See ya next time!
Posted by luke. at 11:35 PM