Here comes the first of two rounds 08/09 Be a Player blaster breaks! I really enjoy opening these blasters because of the guaranteed autographed card found within them. They are the same price as a pack of Panini Certified without the risk of getting all base or some random jersey card. Though it's an older product, there are still some nice cards to be found within! 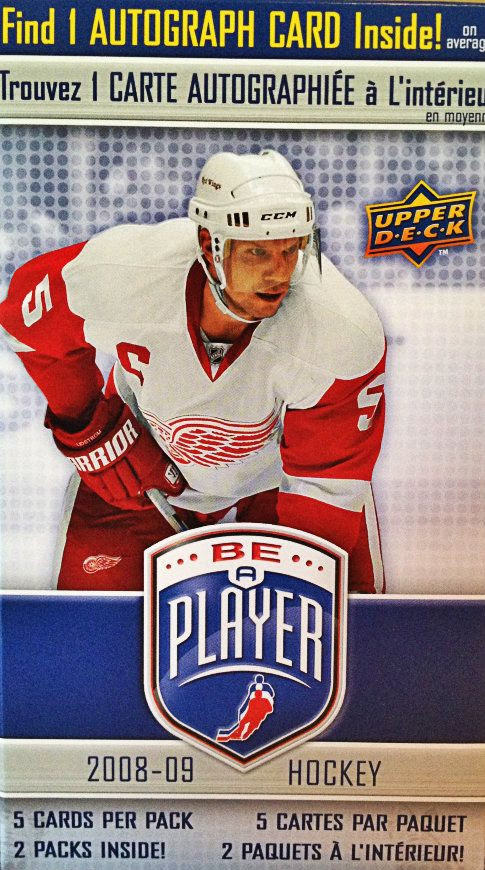 2008/09 was the rookie year of Steven Stamkos, Drew Doughty, and Cory Schneider amongst others. Though they may be difficult to pull, I do think there is a chance at some of these sweet rookie cards when buying BAP blasters. Though they may not be as popular as Young Guns or other rookie card types, the BAP rookie cards are actually pretty limited (#'d to 99) and command a nice value.

Of course, the main draw of BAP is not the rookie card, it's the autograph. There is one sticker autograph per blaster. Checking on Dave and Adam's website, I found that a blaster box was cheaper than a hobby pack - both yield one autograph... though I guess the hobby box pack may have better odds at pulling inserts, rookie cards, and multi-auto cards. I would probably still choose to save the difference in cost and get a blaster over a hobby pack in this case.

It's always fun and exciting to see what auto comes out of a blaster since I know it will be in there. Will it be a huge star like Sidney Crosby, Evgeni Malkin, or Joe Sakic? Well... most likely not... but there's a chance!

Oh, and by the way, apparently the Mike Richards autograph from this year was short printed and holds quite a premium.

Review -
Two packs go by awfully quick! I spent more time describing what websites are good for displaying a card collection than opening packs. And in case you were wondering, my recommendations again were:

1. Photobucket (Yearly charge - about $25/yr. - for the pro service)
2. Sports Card Forum Inventory (A superb database where you can upload card images)
3. Beckett (I personally haven't tried this one, but I know there are those who use it)

I personally really like Photobucket, but it's undergoing some changes at the moment... we'll see if it stays a simple and affordable option.

Anyways, back to the break. The 2 packs contained all base cards except for the autograph. I realize that it's hard to ask for more than that so I'm definitely not complaining, and I don't feel jipped at all. In fact, I did get a few very nice base cards as you'll see in the top three cards... 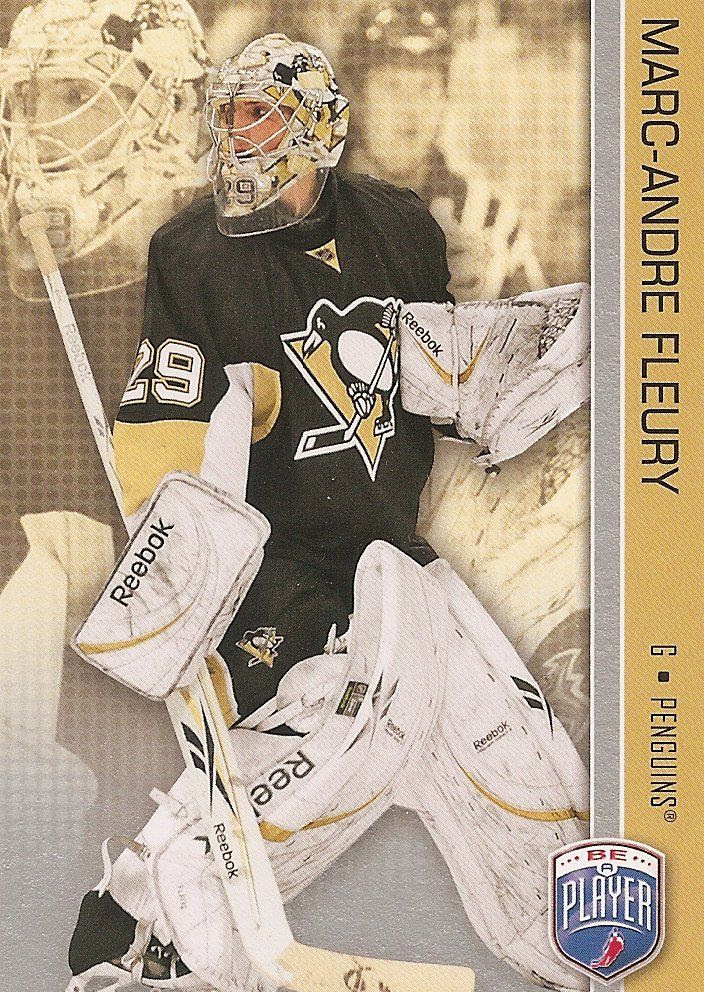 #3 - Marc-Andre Fleury Card No. 145
As you may know, I am a fan of the Flower. More than being just a great goalie, I really like Fleury's attitude and style. His personality is really top notch, and I think that's important not only as a pro athlete, but as a person... but especially as a pro athlete in the limelight. I'll always enjoy adding his cards to my collection! 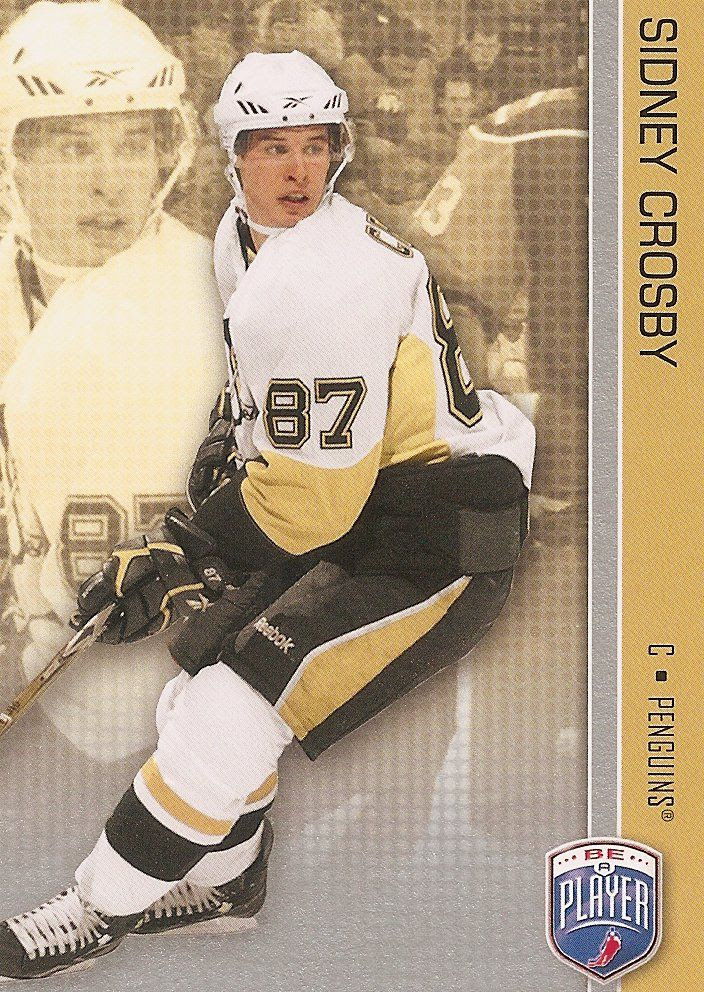 #2 - Sidney Crosby Card No. 140
As much as I like Marc-Andre Fleury, his superstar teammate Sid the Kid is almost always a nicer pull (value-wise) out of a pack. There's no denying Crosby's skill and fame in the NHL. Though not everybody loves the guy, he certainly commands big money in terms of cardboard.

#1 - Tuomo Ruutu Card No. S-TR
Pretty much by default this card gets the number one spot. Ruutu is a Finnish player who has had his share of injury time in the NHL. Certainly not an unknown name, but not a huge star for sure. I found it interesting to pull Ruutu out because I had actually pulled a patch of his out of a retail SPx pack about a year ago. I guess Ruutu's following me in retail breaks!

Overall Value -
Buying multiple boxes of this product for retail review should say something - and it does. It says I think this product is a good value. As a collector, my favorite cards to get are autographed cards. I prefer them over jerseys and patches (unless the patch is something extremely ridiculous of course). For about ten bucks you are guaranteed an autograph card. It's a really sweet deal, and like I said at the beginning, you never know... it could be a big name player!

This particular box wasn't great, I didn't get any inserts and the autograph was of someone I don't follow, but it doesn't dissuade me from wanting to try my luck with another box.

Every Sunday look out for another exciting installment of Retail Review!
Posted by luke. at 7:33 AM