Other sports have recently had products packed with vintage rookie cards, autographs, and original art... and thanks to In the Game, hockey does too! This high risk, high reward product is a celebration of hockey's past. There are opportunities to pull cards that you never would have had the chance to otherwise. I was very eager to rip my box open. Let's see what it brings! 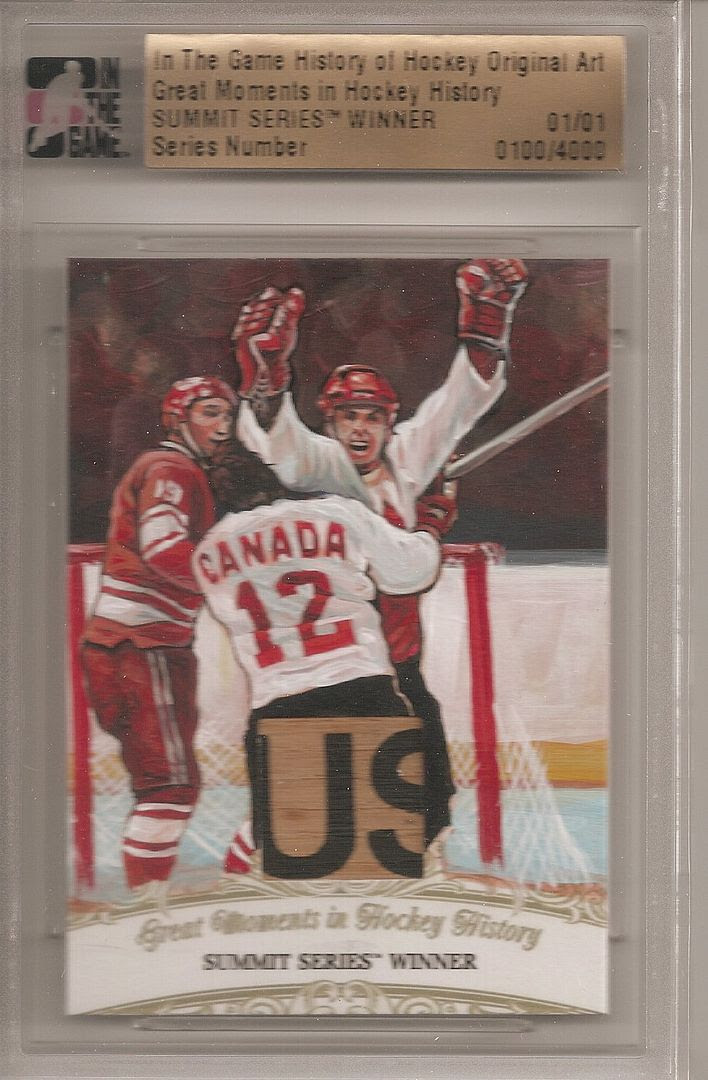 Base Card Design -
Well, there really are no 'base cards' in History of Hockey, however, one card out of the four card box is exclusive to the product - and that's the artwork card. These artistic cards are gorgeous! The good people at ITG commissioned artists to paint pictures that captured some of the biggest moments in hockey history. Each card has it's own title and memorabilia piece associated with the player depicted. It's a great idea done in a classy way. When watching breaks of History of Hockey, these are the cards that I look forward to seeing the most. I was fortunate enough to actually pull out an original art card. The card is actually painted by hand. Looking closely at it I can see the brush strokes and texture of the paint and canvas. It's awesome - it's a one-of-a-kind card. Not all the art cards inserted will be hand painted, most are standard printed cards made in the usual trading card fashion. These printed ones are either numbered to 40 (silver version) or 10 (gold version). Either way, original or printed, these art cards are very sweet, and are perfect for a product like this.

Inserts/Game-Used/Autos -
The other three cards in the box were the ITG buy back card, authentic rookie card, and authentic certified autograph card. Since the original art card I pulled was a 'biggie', and since I believe these boxes were hand packed, the rest of the cards in the box were probably purposefully inserted to offset and even out the distribution of big hits throughout the production run - so please keep that in mind as you read my review. 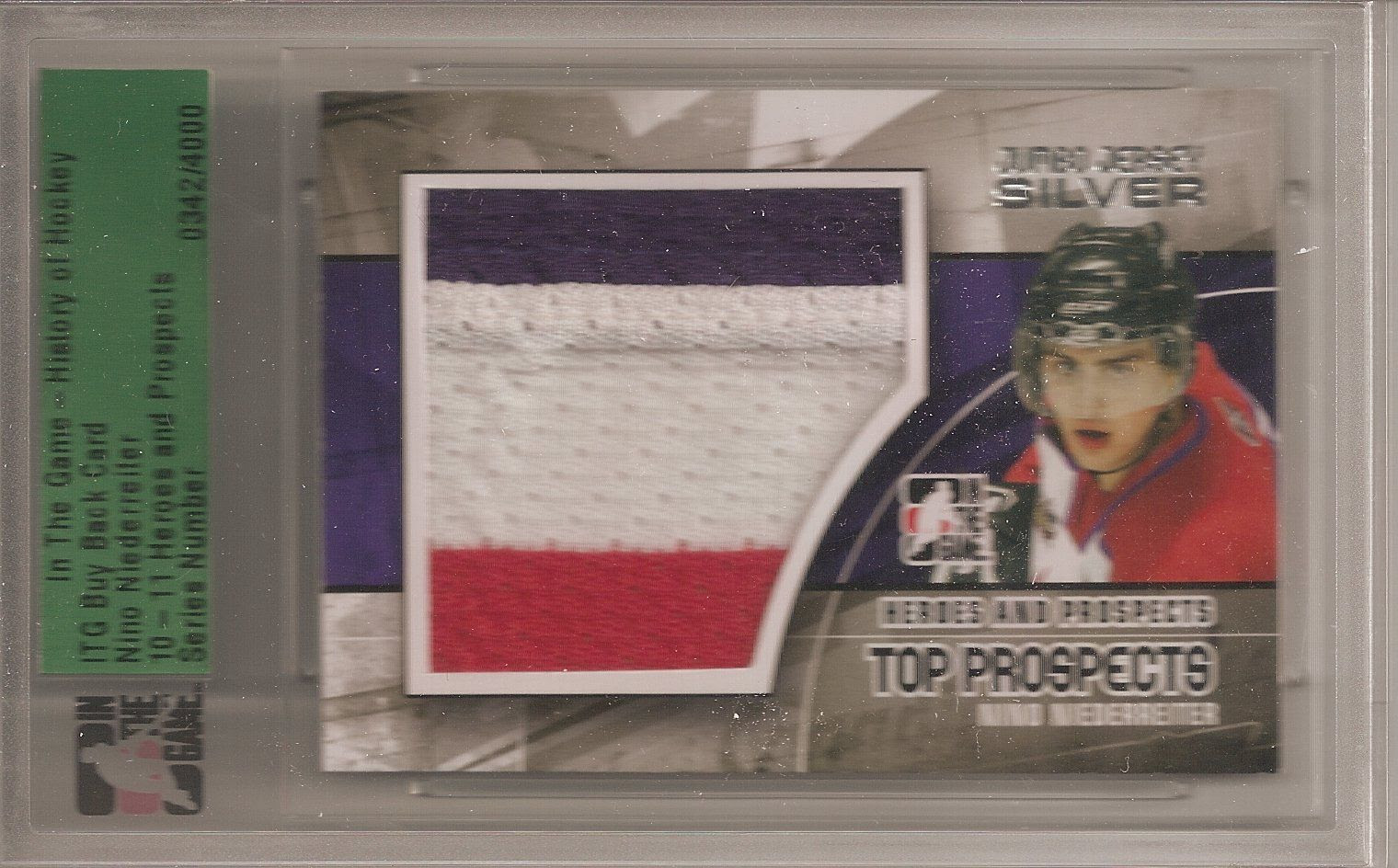 The ITG buyback card was of Nino Niederreiter. Though Niederreiter has fallen off quite a bit in terms of collectibility, this jumbo jersey card of his is still pretty impressive. It came from 10/11 Heroes and Prospects. I'm a bit on the fence with this card. This card could be pretty nice if Niederreiter somehow becomes a huge NHL star... but it could just as easily just take up space in my collection if he doesn't. I think I would have been happier with a proven veteran player's autograph... but seeing how beautiful this card is... I couldn't complain too much - a big swatch of three color jersey is pretty sweet! 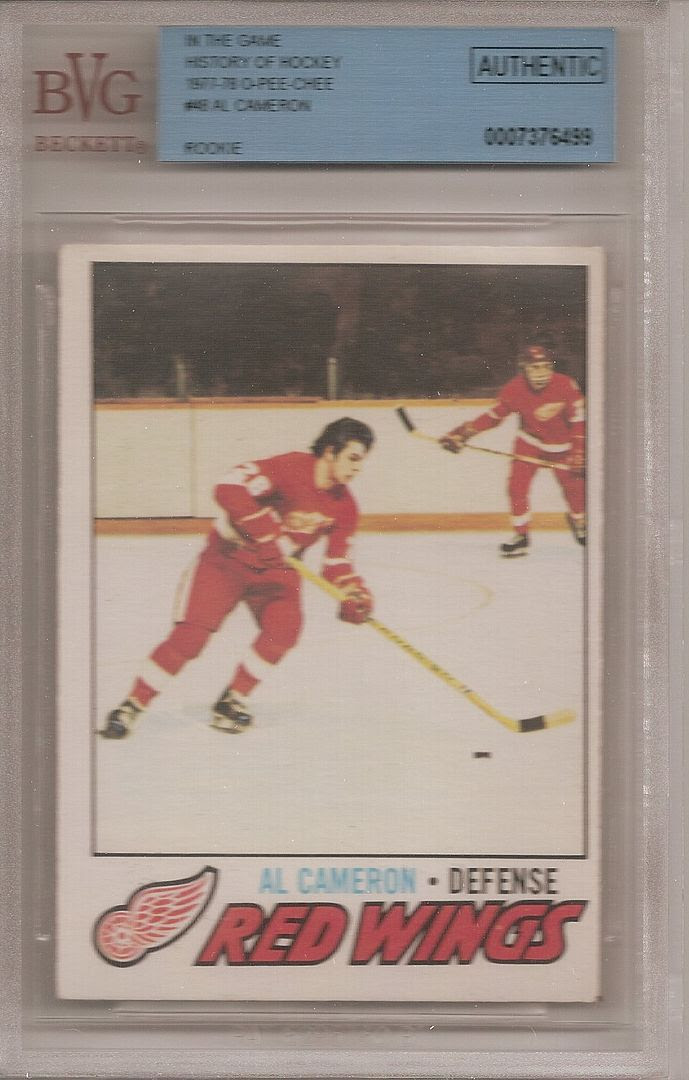 For my authentic rookie card I got Al Cameron of the Detroit Red Wings. I have to admit that I had no idea who this was. The card came from the 77/78 O-Pee-Chee release. Checking the price guide, I found that Cameron was unlisted... ouch! So he was definitely not a big name to pull. Examining the cards further I found that it was off-center, frayed, and had soft corners... triple ouch! The only thing going for this card was it's age... and even then... 1977... not that impressive. I have to say that this card was disappointing. It's definitely a dollar bin type card not worth the effort of getting slabbed and authenticated. 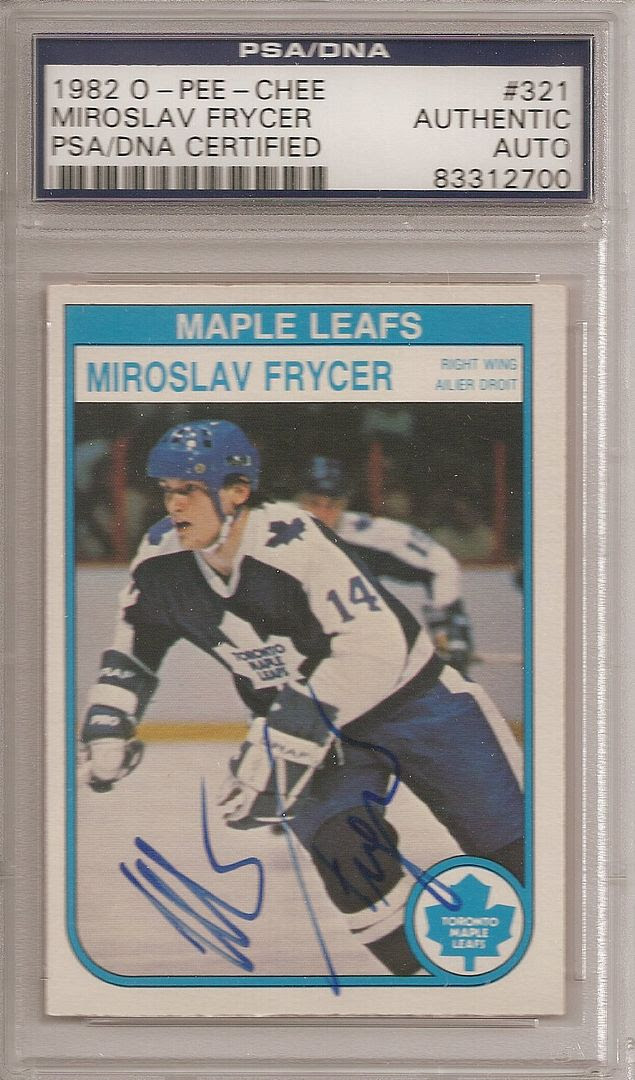 My final card was an autograph of Miroslav Frycer. Again, not a player that I had ever heard of. The autograph was PSA/DNA certified and slabbed. The card itself had some centering and fraying issues. Looking Frycer up in the price guide I again found that he, like Cameron, was unlisted. The only redeeming quality for me in terms of this card was that was of a Maple Leaf... so hopefully a Leafs fan will want to trade for it. My guess is that I would be lucky to get $5 from this card.

So like I said in the beginning, I am pretty sure my art card caused the rest of the pack to lack value... but wow... in terms of lacking value... there was definitely some value lacked here! ...especially for the price.

Overall Rating -
ITG's History of Hockey is what it says it is... a history of hockey, in cards. On that criteria alone, History of Hockey fulfills its namesake as it brings original art takes on great hockey moments, includes opportunities to pull vintage cards, and has an array of game-used and autographed cards inserted within. There is even the chance of pulling authentic rookie cards of Wayne Gretzky, Bobby Orr, and Georges Vezina...

...but alas, the chances are very slim on a per box/case basis to get those particular rookie cards. Only a very lucky and select few will see those appear in their boxes. For most collectors, there will be cards of lesser known players or modern rookies (including, gasp, Upper Deck Victory ones). Because of this, History of Hockey is a HUGE RISK if you are purchasing with the idea of getting money back on your break. There are many cards within History of Hockey's checklist that could be found for under $5 on eBay or at card shows. I am sure that the allure of getting the huge rookie buybacks will be tempting to many, but being realistic, most likely the box the average collector will bust will not contain the value they are looking for. So I would urge collectors to really know what they are getting into when buying this product. I personally thinks it's a fun and exciting product to open... but I also know there is a huge risk with this product. I was ok with dropping the coin on one box... but I won't be doing another simply because of the expense versus the risk involved.

For me, it was just a roll of the dice. I like to try one of every product at least. Many products I would purchase again - with this one I have would have to hold off on at the price point it is currently at. For you collectors out there... if you're like me, I would recommend only getting one box and see what you get. It's definitely a thrill to see what lies inside a box of History of Hockey! Just don't put too much expectation on it... chance are you will be disappointed.

Watch me open up a box of History of Hockey: