I am always a huge fan of opening an 09/10 hockey product! Today I'll be busting into a blaster box of Upper Deck Series 1 from that year. As usual with Upper Deck blasters, there will be Young Guns and inserts to look forward to... and if I'm really lucky, maybe even a jersey card. This is the second to last blaster from my summer Dave & Adam's retail product shopping spree. Next week look forward to seeing 10/11 Upper Deck Series 1! 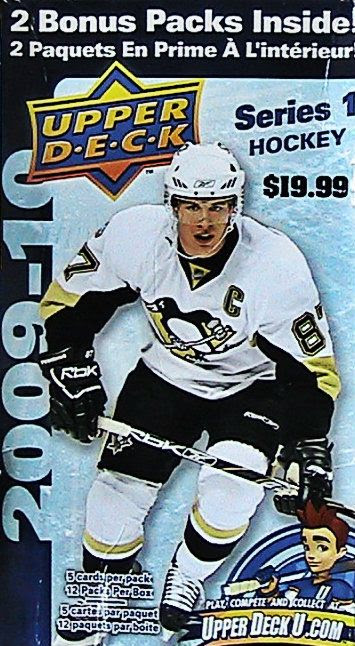 The mission... John Tavares Young Gun. I've always wanted one of these cards because when I got back onto the hobby in 2009, that was the hottest thing to have. I did end up trading for one... but unfortunately it was damaged pretty badly. So I still would like to have a nice copy of one. Hopefully one day I'll snag one. Maybe today!

Other than JT, the other rookies to try to find in my opinion are Matt Duchene, Erik Karlsson, Evander Kane, and James Van Riemsdyk. Getting any one of these would be pretty cool... though definitely not as exciting as a Tavares would be.

Other than the Young Guns, I'm not sure what else to realistically look forward to... maybe some nice looking insert cards. I remember really liking the designs on the inserts in 09/10.


Review -
Well, I did end up pulling one of the better rookies from 09/10 series 1. Though it wasn't Tavares, I was still pretty happy with the result. And as I have said many times now already, I really do love the 09/10 Young Gun design. I just can't get enough of these!

My second Young Gun was of TJ Galiardi. Though he is pictured as an Avs player, I'm fine with getting his rookie card because he has since been traded to the Sharks. So that makes getting him alright in my book. He won't be a huge star, but hopefully he can have a positive contribution for the team whenever the lockout ends.

As for all the other cards in the break, I was pretty indifferent towards them. The base card design is pretty pedestrian. Upper Deck had better concepts in their main sets both before and after the 09/10 release. But as bland as the regular cards are, the insert designs are quite the opposite. They are top notch and in my opinion, and have not been as good since.

Let's take a look at the top three cards from the blaster box! 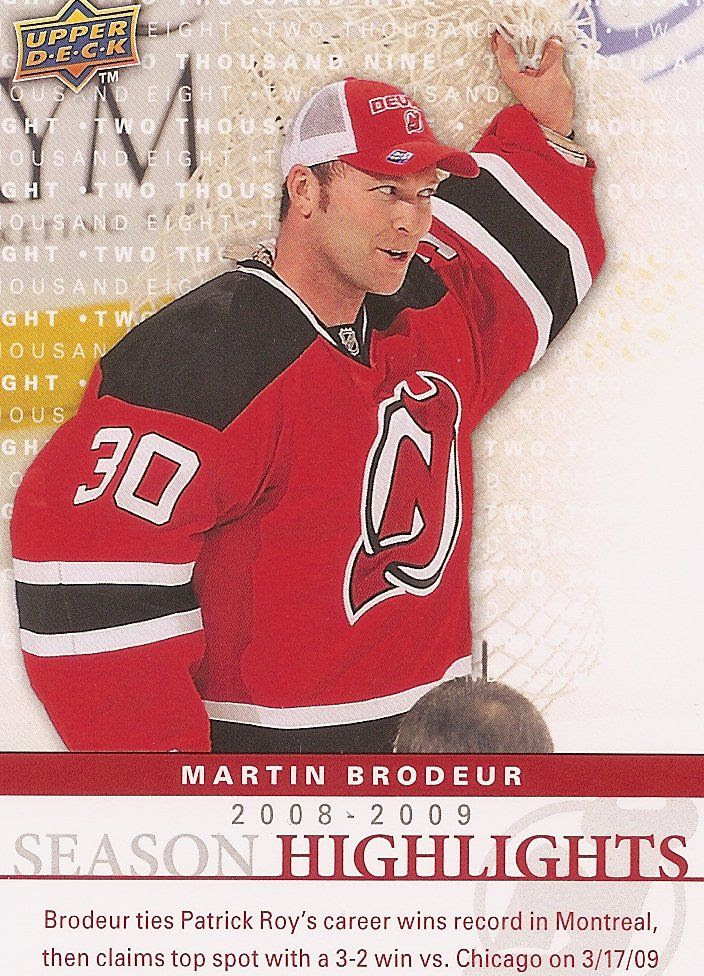 #3 - Martin Brodeur Card No. SH2
I can't think of a classier, more cleanly design for a season highlight card than this. These cards are sharp! Everything about the design of this card is great. The bottom portion of the card has very modern fonts and lines. With the top, Upper Deck has chosen to use the year spelled out in letters as a backdrop. I am in awe of these cards! Very well done... and this card is of one of the greatest! 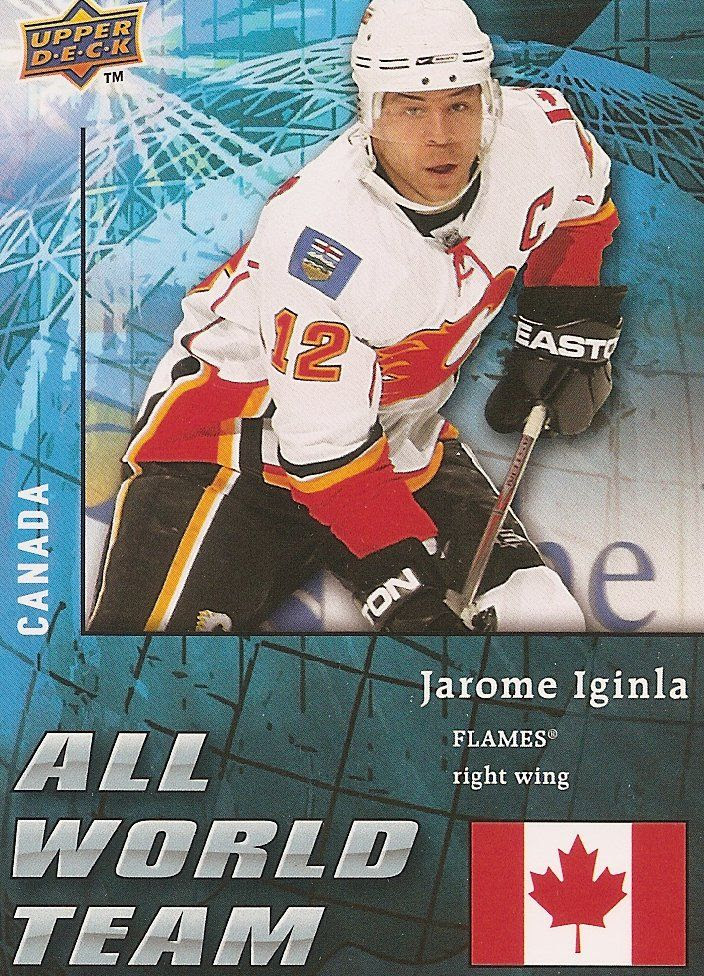 #2 - Jarome Iginla Card No. AW9
Yup, another insert card with an awesome design - this one even better than the last. This card is perfect from the blue globe background to the Canadian flag. I remember really enjoying pulling these cards even though they may not be top dollar inserts with autos or memorabilia on them. They are just plain cool. 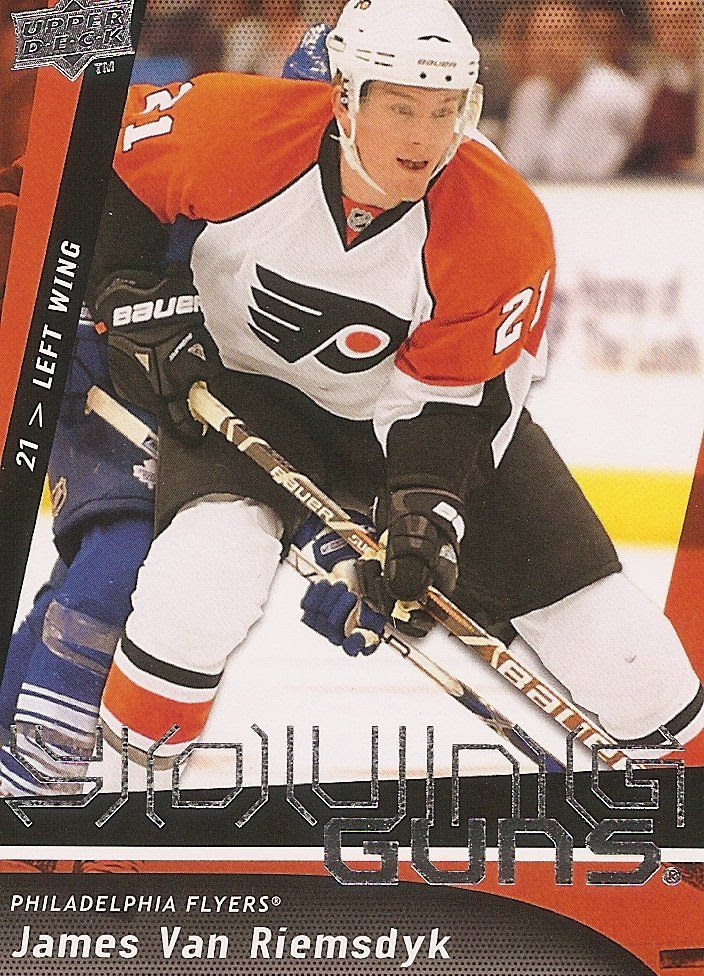 #1 - James Van Riemsdyk Card No. 207
I'm glad I got one of the better Young Guns out of this blaster. JVR still has a chance to still improve and become a super star. When he plays next it will be for the Toronto Maple Leafs. The Leafs have a huge following. If he can produce and live up to his potential, this card may be a pretty sweet card to have in the future.

Overall Value -
This particular blaster box was a little higher in price than some of the other ones I bought from Dave & Adams, but it was still worth it. I enjoyed opening up all the packs. There are enough good Young Guns in 09/10 to make it worth a shot at about $15. I would recommend this year's blaster if you see them lying around or if you want to round out your online order. You can never go too wrong with Series 1 or even Series 2 UD blasters. They are always solid.

Let me know what you thought of my 09/10 Upper Deck Series 1 blaster box down in the comments below. Have you ever gotten anything good from one of these? I'd love to know!


Every Sunday look out for another exciting installment of Retail Review!
Posted by luke. at 7:18 AM