Wow, I'm down to the final three retail blasters from my massive Dave and Adam's order during the middle of summer. And it's been fun! But fret not though! I will not be ending the series after I get through these last few boxes. There will be more. Today, I'll be ripping into a box of 09/10 Upper Deck Champs. It's a product that I fondly remember as I used to get a lot of it at my local Target store. I haven't opened this in quite a while so I'm excited to see what will come out of this blaster box. 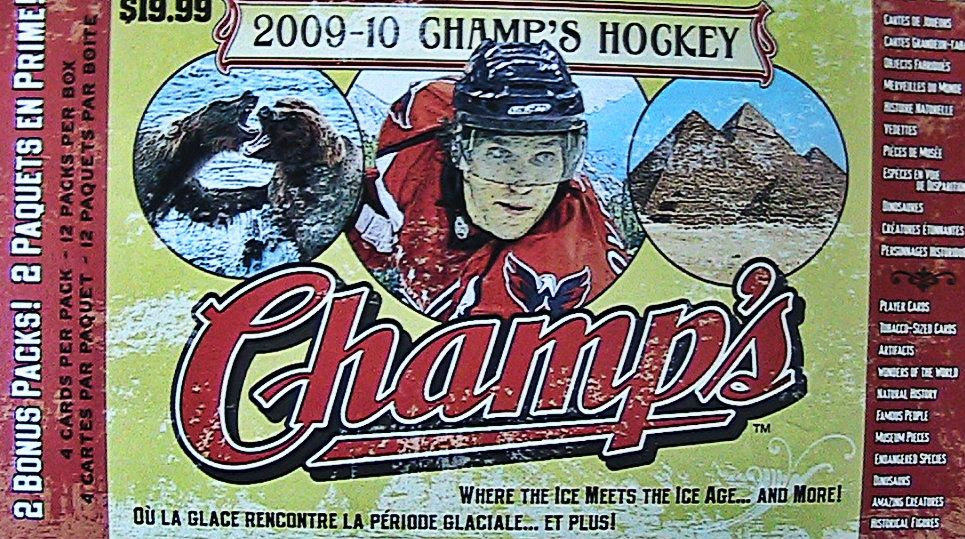 Upper Deck had one of the most unique products ever produced for hockey in their Champs brand. They could do this because at the time, they did not have to share a license to produce cards with anyone else. Now that there is competition in the market, odd releases such as this don't come around too often. Sad.

Champs was a product line geared towards the everyday collector. Packs were not too expensive and included a variety of interesting aspects. Not only did champs have hockey player cards... it also had animals, landmarks, and even presidents featured as well. You never knew exactly what you would find in a Champs pack.

What you did know, however, was that each pack had a mini sized card in it. These minis were popular in other sports - particularly baseball - but not so much with hockey. There just wasn't a huge history of collecting associated with them. That was ok though as there were collectors who did chase after them.

Speaking of the chase, there was much to find in Champs. Things to look for ranged from parallel cards galore to autos/jerseys to even real ancient artifacts. And finding these things within Champs made it oh so fun to rip into packs, blasters, and boxes.


Review -
With so many things to potentially get in Champs, I was really hoping for something great and unique. Well, unfortunately, that didn't happen. No hits came out of the box. But I did get quite a few parallel cards and minis.

The box spit out a few light blue parallels as well as two red and one yellow. In my video, I was looking for the specific odds of those colors. They weren't there, but according to Beckett, reds come out at a rate of 1:10... and yellows at a rate of 1:20. Not too bad. I was glad to at least pull parallels of some bonafide NHL stars - Marian Gaborik and Henrik Limdqvist.

As for the minis, I wasn't too impressed with any of the NHLers I got save for one... but at least that one was very good one to get. I also was able to pull a former American president - Calvin Coolidge. As he was one of the older presidents, it wasn't as exciting to get as it could have been. I'll still take it though.

In terms of rookies, mine came in the form of Avs player Wes O'Neill. Who?

I'm limiting my top three this week to minis only! Here we go! 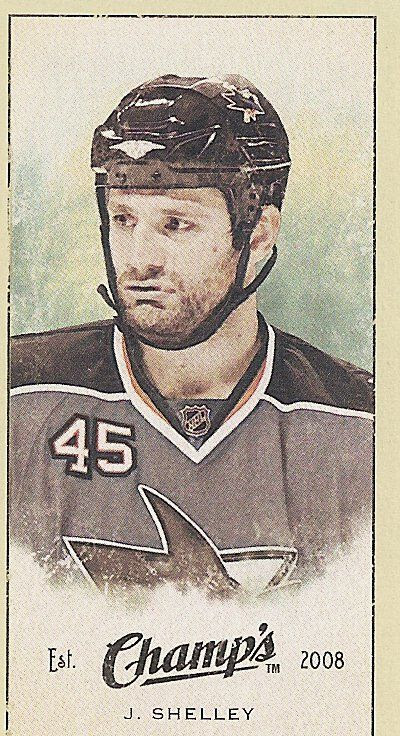 #3 - Jody Shelley Card No. 373
I had a really hard time finding card number three... but I eventually wound up with enforcer Jody Shelley. He won out for two reasons. Number one was that he used to be a Shark and is featured in Sharks gear on the card. Number two was that earlier this past collecting year I pulled a patch of his numbered to only 5. So this card brought back memories of that cool card - which was traded away quite a while ago by the way. 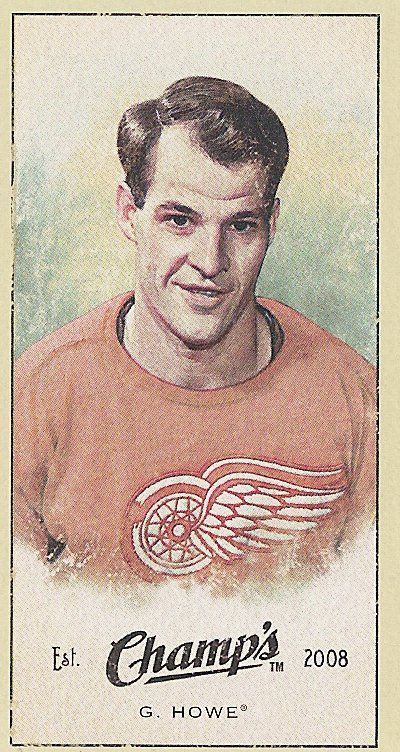 #2 - Gordie Howe Card No. 236
This was probably the best card out of the box, but I will land it here in the two spot. I really like a lot of things about this card. For starters, it looks like a card that could have been produced when Mr. Hockey was tearing it up on the ice. And furthermore, it's just a classy looking rendition of Howe. Simple, clean, and classic. If I were a Red Wings fan, I'd want this card. 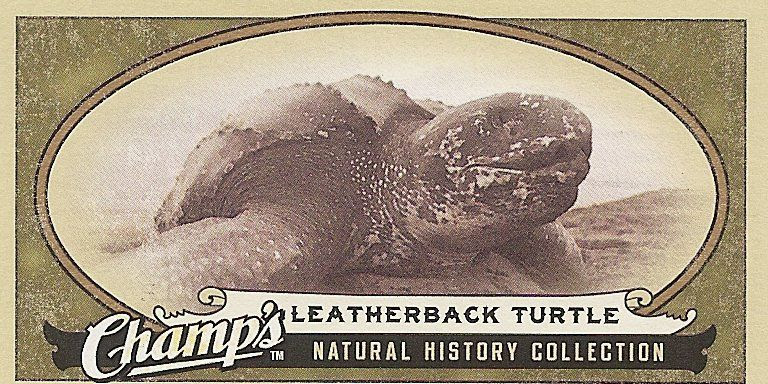 #1 - Leatherback Turtle Card No. 287
It's a card of a turtle for goodness sakes! He's so cute looking! NUMBER ONE.

Overall Value -
My box of Champs didn't turn out so good value-wies. It was still a very interesting break though. With things so hard to hit in Champs, I would most likely just recommend looking for hobby boxes of it. They're quite a bit pricier, but the odds of finding hits is greater - and there are some very cool hits that I have already mentioned. But at only ten bucks for this blaster, it was a good little break and a nice stroll down memory lane.

Let me know what you thought of my 09/10 Champs blaster box down in the comments below. Have you ever gotten anything good from one of these? I'd love to know!