This week I get to bust into an 08/09 Upper Deck Series 1 blaster. This box will be exciting for me as I have not opened hardly any 08/09 products. I got back into collecting cards in 2009 so I just missed these boxes - and that's too bad because it would have been really cool to pull some Stamkos rookies from that year. Well, at least I get a chance today with this blaster! Let's hope for some nice stuff! 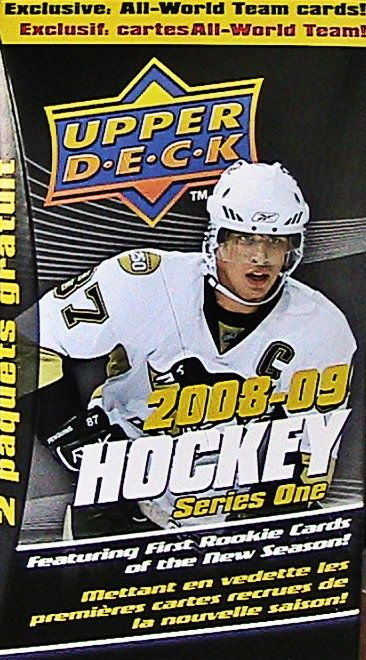 The main draw of buying 08/09 UD1 packs is NHL superstar Steven Stamkos, but there are other rookies to find here as well. Drew Doughty and Claude Giroux are the first two that come to mind, but there are lesser names like James Neal, Steve Mason, TJ Oshie, Luke Schenn, as well as some others available to keep an eye out for too. As usual with Upper Deck Series 1, there will be inserts to find and a bunch of base cards. This box comes with 12 packs, so it'll be a fun, lengthier rip than some of my previous blasters - I'm pretty sure this one won't be over in less than 2 minutes!


Review -
Opening this box made me wish that I had gotten back into the hobby a year earlier than I did. The 08/09 Upper Deck base cards really stand out to me as 'super-classy' cards. I love how there is no border so that the photograph basically takes up the entire card. The player's name and team are elegantly stamped onto the fronts and do not distract from the spectacular photos. The designers at Upper Deck show here that less is indeed more.

But in the box there was more and not less in terms of finding inserts - sweet! Of the twelve packs I was able to pull an insert or rookie from eight of them - nine if you include a checklist card. In total I received two Hockey Heroes, two All-World team, one Winter Classic Highlight card, a Captains Calling, and two Young Gun rookie cards - a good haul if you ask me! It was a great to pull a total of three Sidney Crosby cards as well as some other superstar names within this one blaster box. This was a completely solid break that I felt totally satisfied with. No complaints here! 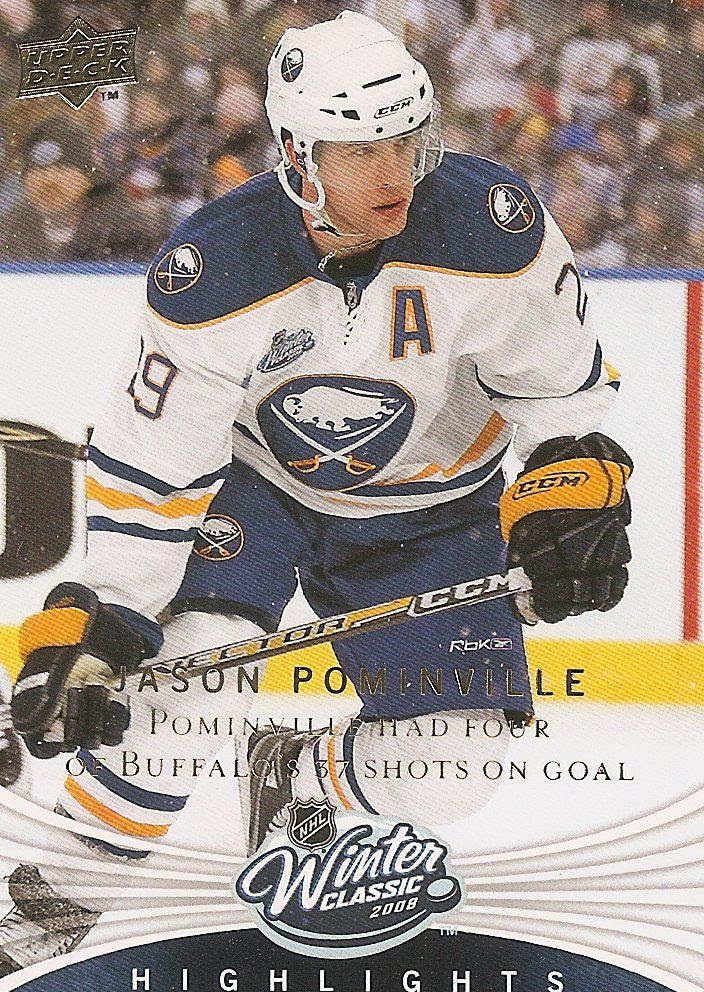 #3 - Jason Pominville Card No. WC10
Though Jason Pominville is not a huge name, and this card I pulled of his was not even the third most valuable card of the break, I still put this card at number three because of its unique design and theme. The gold foil font on the front highlighting Pominville's Winter Classic moment is a cool idea. And the bottom border with the Winter Classic graphics and logo finishes the card nicely. Just an all around enjoyable card that I'm definitely a fan of. #2 - Sidney Crosby Card No. AWT1
My favorite of the three Sidney Crosby cards I pulled in my blaster was this All-World Team insert of his. Though I prefer the 09/10 AWT design, this year's cards are still pleasing to look at. They are very clean and sleek cards. Crosby's in particular looks good, and Crosby 'anything' is always good to get because of his popularity among collectors. 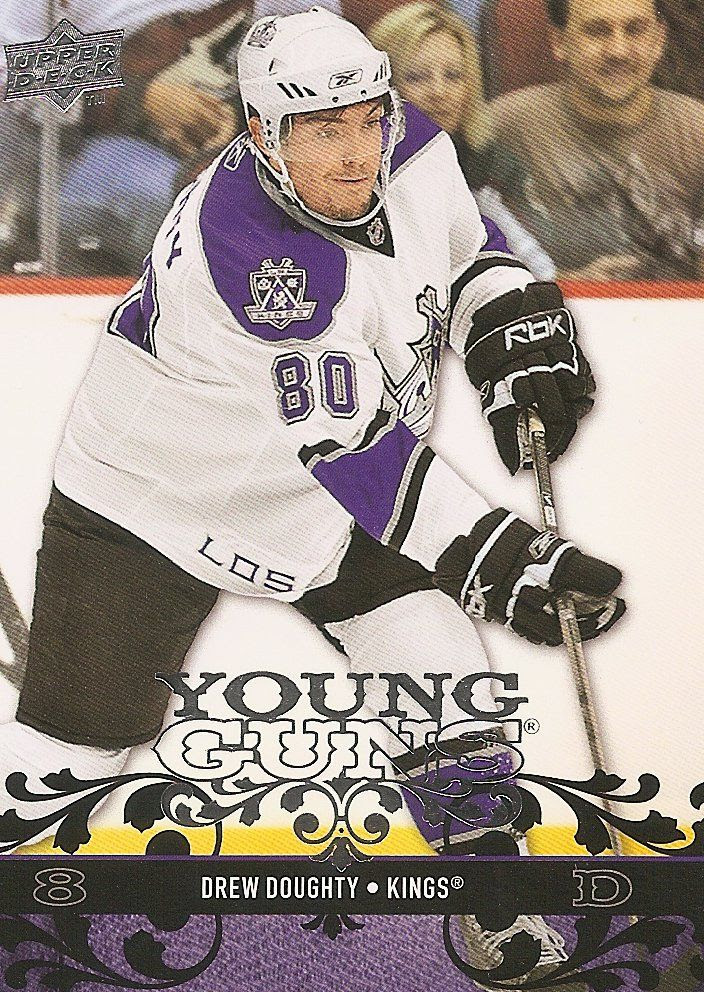 #1 - Drew Doughty Card No. 220
Though I didn't hit the Stammer, hitting the Drew Doughty Young Gun was nothing to complain about - especially after last weeks dreadful Young Gun pulls. And I have to mention that besides the great looking base cards, the Young Gun design is also top notch this year. I'm very pleased with it, and pleased to add this Stanley Cup winning defensemen to my collection.

Overall Value -
At $12, this box really delivered in terms of rookies and inserts. I felt that I got a very nice taste of what 08/09 Upper Deck Hockey was all about. I definitely would recommend purchasing these blasters if you find them somewhere at a price-point around what I paid. You really can't go too wrong! And who knows, maybe you'll be the lucky one to find player no. 91's Young Gun!

Let me know what you thought of my 08/09 Upper Deck Series 1 blaster box down in the comments below. Have you ever gotten anything good from one of these? I'd love to know!