This week there was a tie between 10/11 Black Diamond and 08/09 Be a Player as to which one viewers wanted to see opened first. So if you watch the video, you'll see me flip a coin between the two products. Fun stuff! Obviously Black Diamond came up the winner so here we go with a retail blaster box of it. I never expect much from Black Diamond... and that's good... because when I actually get something out of it, it's all the better and more rewarding. 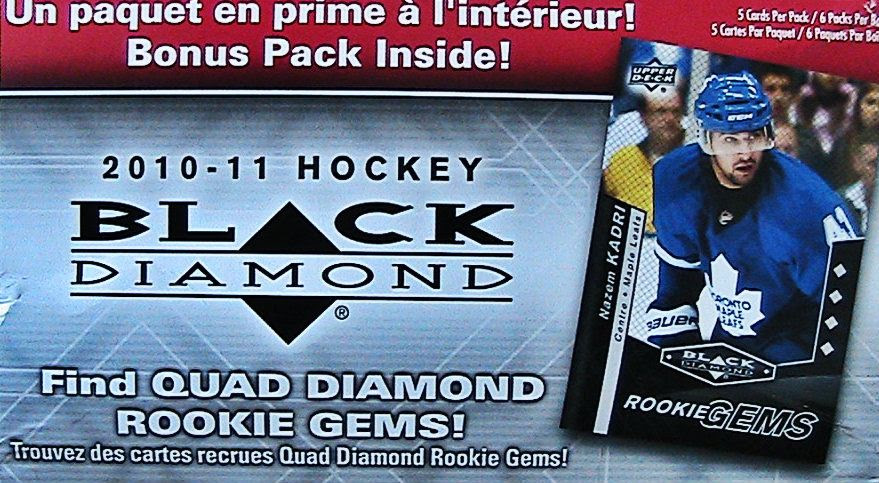 My last blaster of Black Diamond was pretty good. I had beaten the odds and gotten an autograph out of it. I didn't think lightning would strike twice so I was just hoping for the best. Since I got this blaster via Dave and Adam's Card world, it came at half what it would have cost me at Target or Wal-Mart. The $10 price tag is a reasonable price for the 6 blaster packs inside. That works out to less than $2 a pack. Of course, I'd still be wary to purchase any retail Black Diamond product over the hobby version. The difference in the odds of hitting anything are just far too great for my liking.


Review -
Black Diamond cards are very thin, so when I first took the packs out, I tried to gauge whether or not one pack could have been thicker than the rest, meaning a jersey card. To my touch, the packs all seemed the same size - not that a jersey card would have been that great anyways. An autograph is almost always superior, and in Black Diamond they come on the same thin card stock as the base cards. So I was still hoping for a chance at one since all the packs had an equal girth.

Looking at the Rookie Gem cards reminded me of how nicely they were designed last year. The cards are stunning. It's a shame that Black Diamond rookie cards are not highly sought after when compared to Young Guns. But hey, that's just one of the quirks of our fair hobby.

Here are the top 3 gems of this haul. 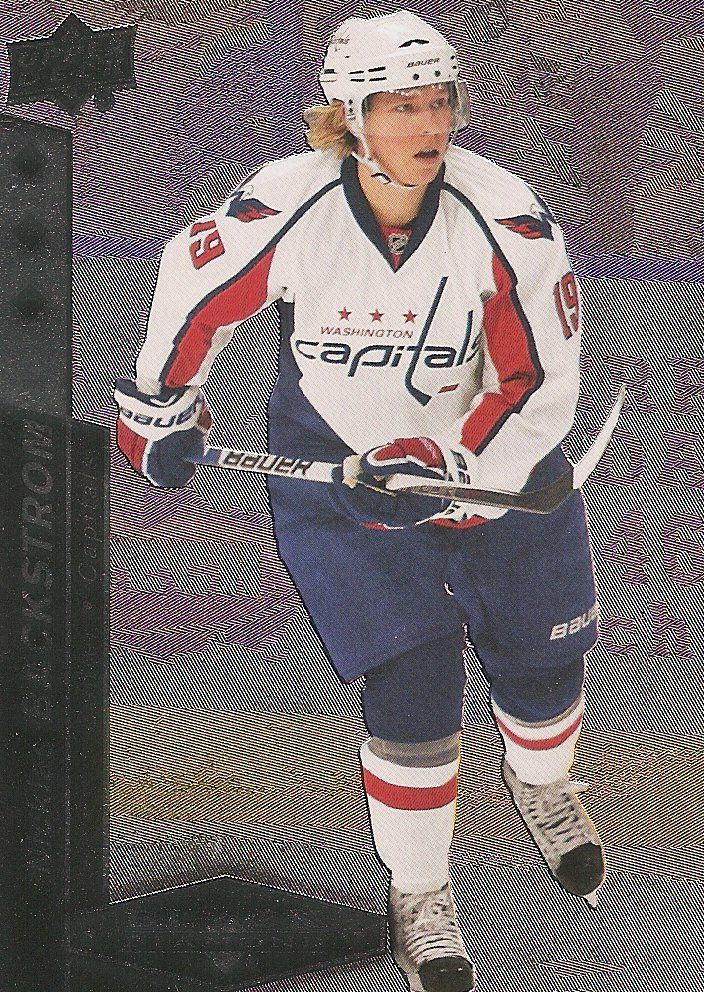 #3 - Nicklas Backstrom Card No. 134
My only triple diamond standard card of the break. I'm not a huge Backstom fan, but in terms of rarity of card I had to choose this one over the double diamond Lecavalier also pulled from my blaster. Backstrom had an off season last year, hopefully he can rebound and get things going again next season. 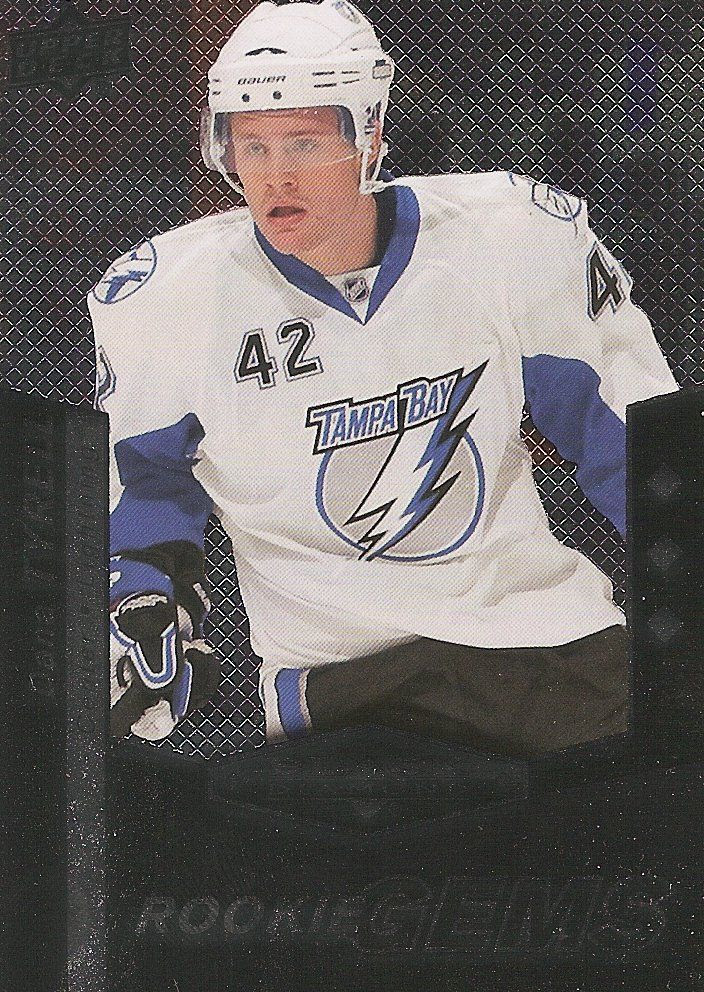 #2 - Dana Tyrell Card No. 176
Tyrell isn't a big name rookie from last year, but it's always nice to pull rookie cards. Tyrell is still young so this card could have a possible future at some later date. And as I said earlier, the design of this card is quite nice. 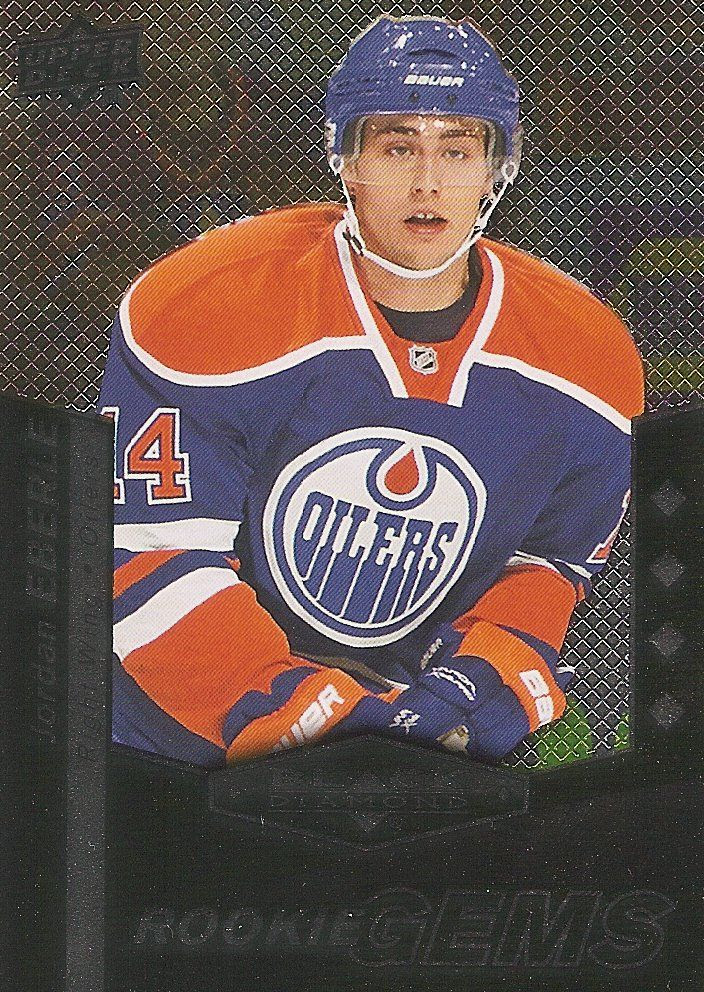 #1 - Jordan Eberle Card No. 220
I was absolutely thrilled to pull this card from my blaster. Given the choice of Hall or Eberle, I would pick Eberle. He's an extremely solid player that made the all-star team last season. He has consistent play and has plenty of flash, as he can pull off some pretty fancy goals. He was downright scary last year at times when I watched him take on the Sharks. One of my current favorite non-Shark players at the moment.

Overall Value -
Man, I'm going to have to start recommending Black Diamond blasters after my recent luck with them! But in all sincerity, if you can pick up a blaster of Black Diamond for $10, I'd say go for it. You'll most likely get a smattering of different diamond rarities, and have the chance at pulling a nice quad diamond rookie like I did today. At $20, I'd be a bit more wary. I'm sure Dave and Adams has quite a few at a good price still in stock though, check them out or round out your order with some instead of paying full retail at the big box store.

Let me know what you thought of my 10/11 Black Diamond blaster box down in the comments below. Have you ever gotten anything good from one of these? I'd love to know!