I'm happy to introduce a brand new weekly segment to the The Cardboard Review! It's called Retail Review and will be focused on retail products such as value packs and blaster boxes. Every Sunday starting today I will go to a large retail store such as Target or Wal-Mart and pick up something I find in the card section, open it on video, and review it. It'll be interesting to see if I get anything of value. Sound fun? I hope so! Feel free to comment and make suggestions on what you'd like to see next! 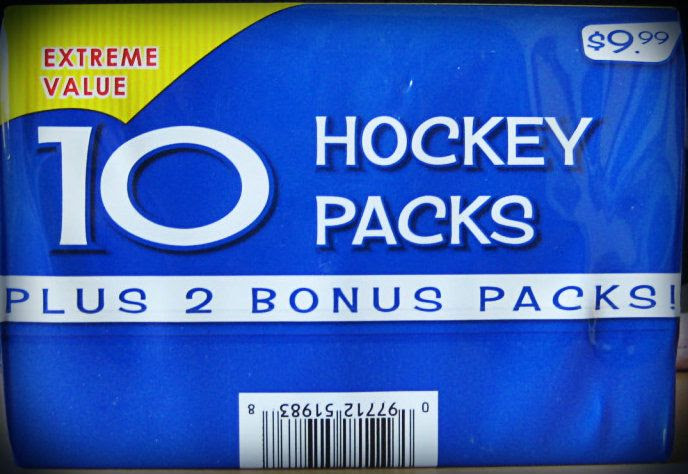 These Extreme Value packs are basically packs that were left over from major chain stores. Packs that didn't sell on the shelves were collected and re-packaged like this. Each one of these boxes contains 12 packs, so if you do the math, you are paying less than $1 per pack for this stuff. It's not a bad deal for something fun to rip on a slow day.

The major concern for me when buying something like that is the possibility that these packs had been searched through already. Retail packs can be easily searched through to find jersey cards. My main hope in this box was to possibly find a Young Gun card or even with extreme luck... an autographed card.

Let's see what I got in this Extreme Value box break video:

Review -
Opening up the sealing of the Extreme Value box revealed a clear container with 12 packs and packing foam. Most of the packs were of some kind of Upper Deck product. It was nice to see that there were three Upper Deck Series 1 and 2 packs in the box. This meant that there was at least a chance of possibly landing a Young Gun rookie card. Unfortunately, I didn't get a Young Gun in any of the packs in this box. My best cards actually came out of the Victory packs - two decent rookie cards. The most interesting pack by far in my break was a 1991 Ultimate Sportscards Hockey Premier Edition pack. I'm not sure where this pack came from, but the cards were ridiculously ugly and generic. They were actually so bad that I enjoyed them for that simple fact. 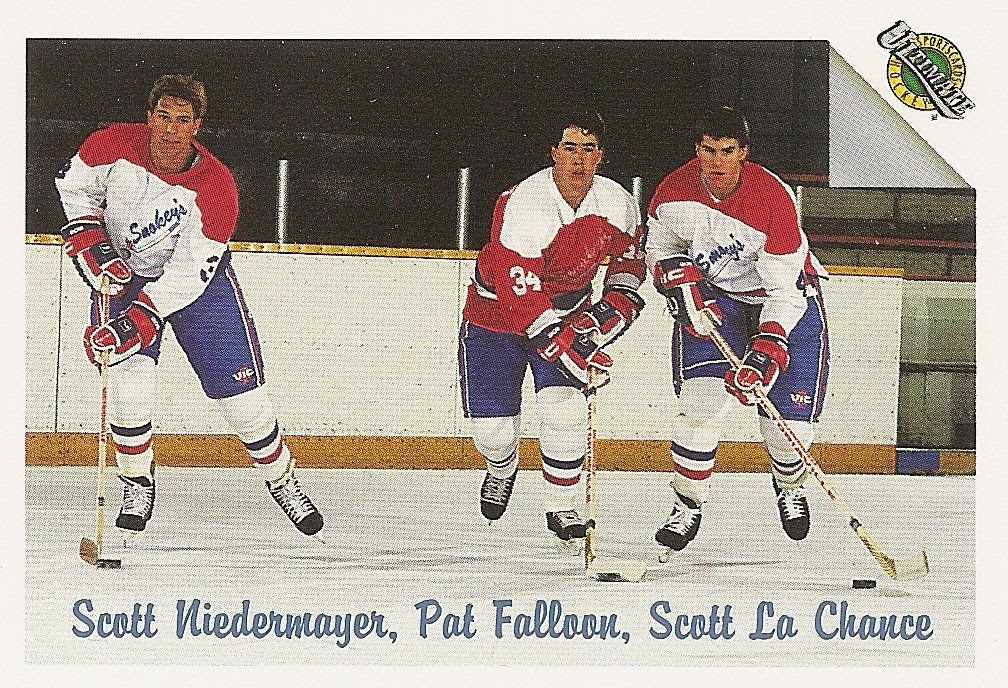 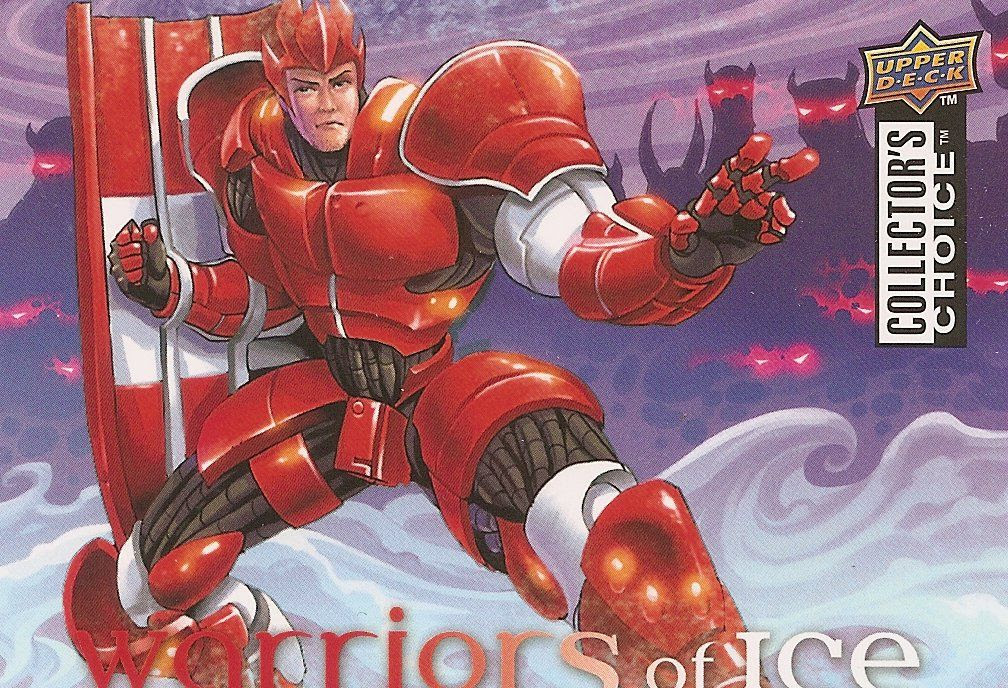 #3 - Niedermayer/Falloon/La Chance and Martin Brodeur Collector's Choice (TIE)
Sorry, there had to be a tie here. I just couldn't decided which one to keep in the top three and which one to leave out so they both stayed in. The triple card comes from the '91 Ultimate pack. The picture is obviously from a staged photo shoot. Unfortunately, the uniforms the players are wearing make me think that they all play for the Washington Capitals when indeed they do not. Former Shark and number 2 overall draft pick Pat Falloon is on this card so I was drawn to it immediately. As for the Brodeur card... I had NO IDEA that was Brodeur until I flipped the card around and it told me who it was. This 09/10 card reminded me of the old super hero athlete cards Upper Deck put in their products in the 90's. They were ridiculous, and so is this card. Good for a laugh though. 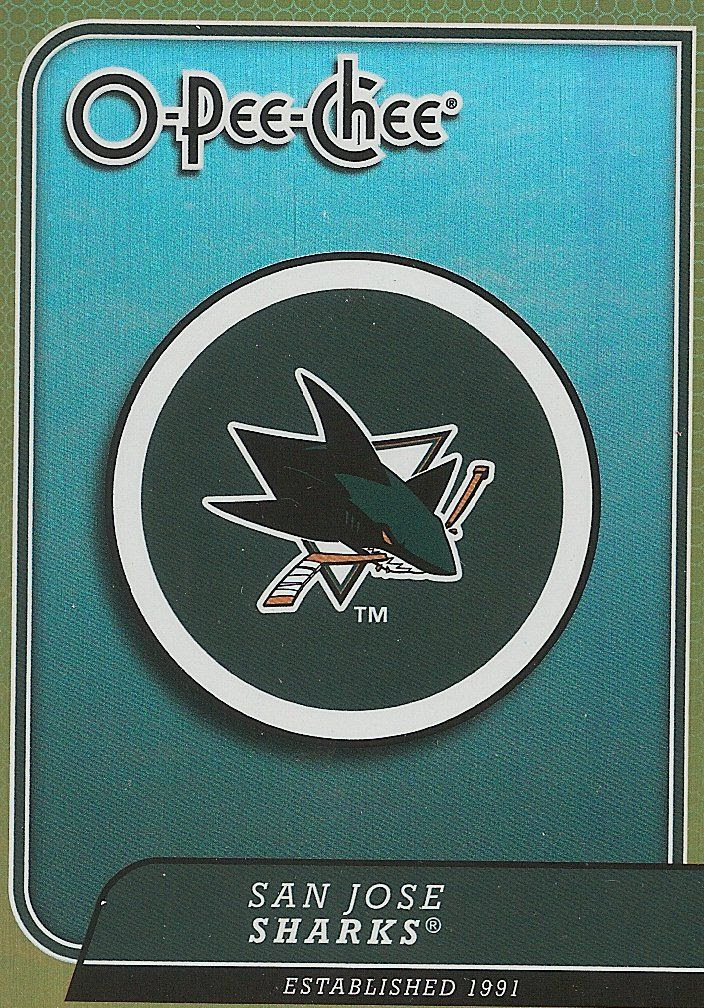 #2 - 08/09 O-Pee-Chee Sharks Foil Team Checklist
Being a Sharks fan this was a fantastic pull for me. I love getting team and logo cards of the Sharks. The Sharks logo is in my opinion one of the coolest in the NHL. These team logo cards make great header cards when I store my collection in boxes. Getting this particular card in one pack is certainly no small feat either. Obviously there are 29 other teams possible, so pulling the Sharks was pretty awesome and I am very happy getting this card! 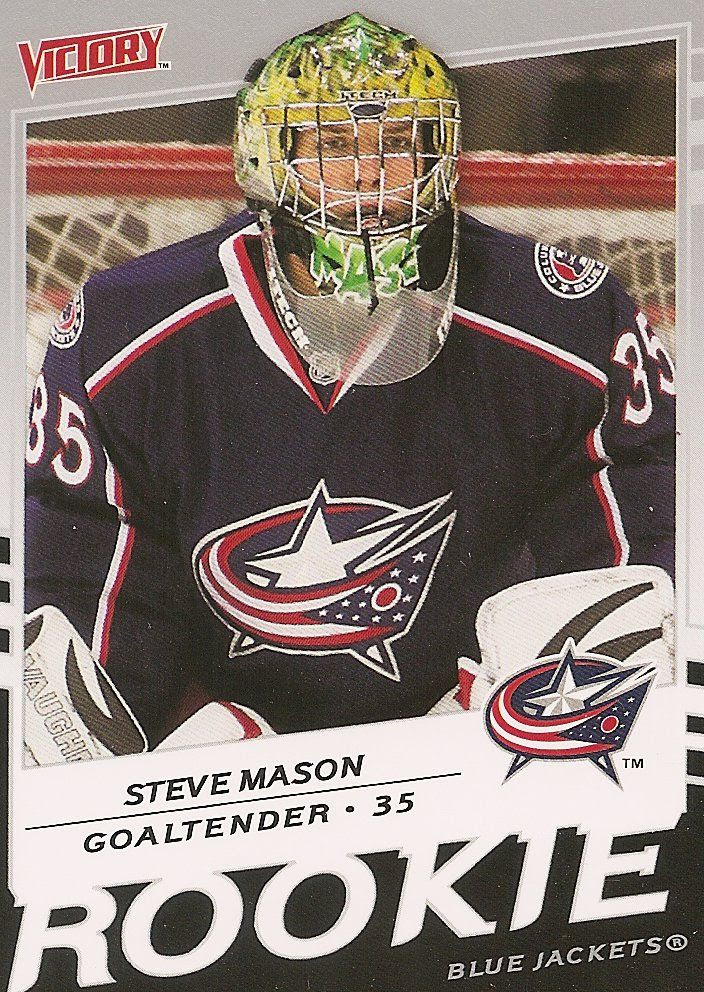 #1 - 08/09 Victory Steve Mason RC
Oh if it were one year ago this would have been a much better pull! But still a nice card out of the value box. Mason had a terrible 11/12 Season, but this former Calder Trophy winner will hopefully will bounce back next season and get things going in the right direction again.

Overall Value -
So for $10 I had some fun, a few cards that made me laugh, and a few cards that held a modest value. Ten dollars nowadays will only get you about 3 retail packs worth of the most recent stuff so in comparing to that, this value box wasn't so bad.

Let me know what you thought of my Extreme Value box down in the comments below. Have you ever gotten one of these things? Anything good?


Every Sunday look out for another exciting installment of Retail Review!
Posted by luke. at 7:38 AM