The second part of Upper Deck's signature card set hit the hobby world this week! This set usually fills in all the gaps and cleans up all the loose ends that Series 1 left behind. This set certainly does that... and a whole lot more. Not only does it finish UD1... but also Victory, MVP, and OPC as well. Let's check out the mash of cards that is UD2. 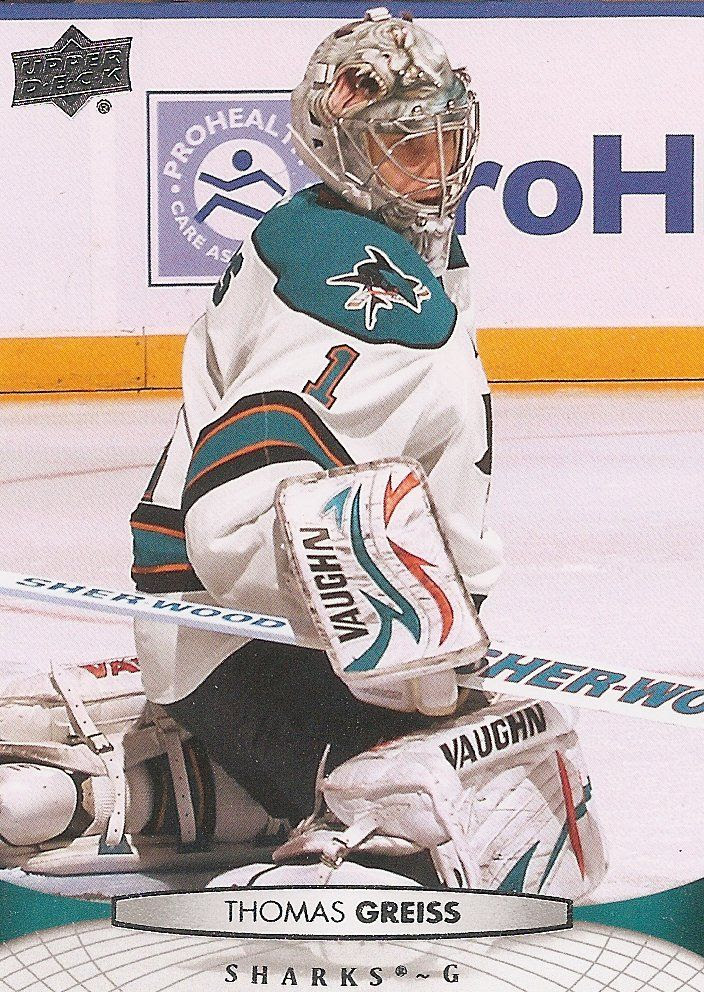 Base Card Design -
The base cards in UD2 are exactly the same design as in the first series so there is no need to go into detail about what's here. I will say that it was a great pleasure to browse through the set once again though. Upper Deck has chosen to represent the NHL in eye popping, high quality photographs. I loved seeing many of the players that have gotten more frequent playing time on their teams such as San Jose backup net minder Thomas Greiss, as well as players that have been traded to other teams in their new colors. Upper Deck has done a very nice job of tidying up. 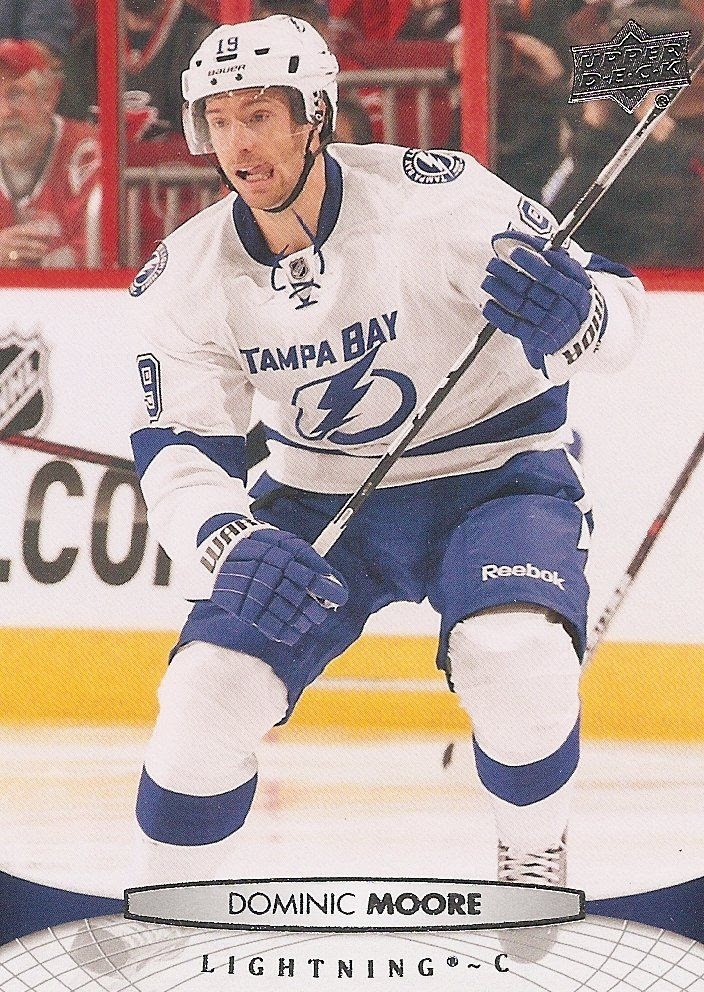 Now it's not all perfect though... the NHL trade deadline obviously came after the checklist of this set was finalized so there are some players who are not currently up to date. One example is Dominic Moore. He is card number 285 and is shown in his Tampa Bay uniform - not his newly acquired Shark's one. Also, Cody Hodgson, one of the biggest rookies in this year's product is not to be found in his new Sabres jersey. But of course it's hard to fault Upper Deck too much for this. I'm just glad we have an Upper Deck product out! Seems like many from the Upper Deck line of cards have been delayed. 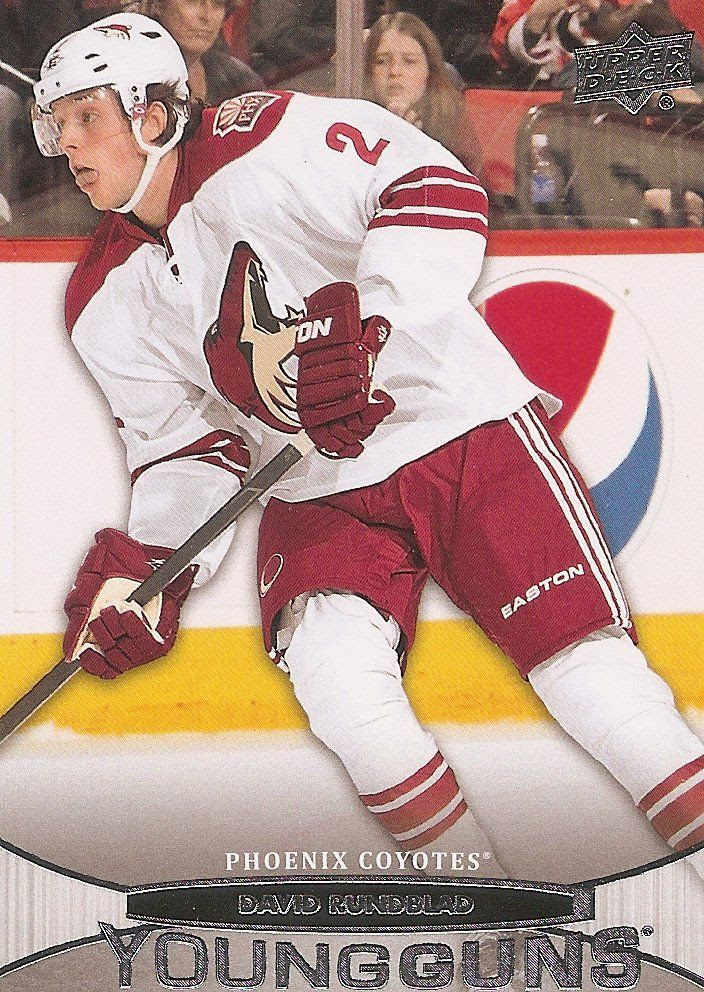 The Young Guns share the same design as before so I won't re-review them. The base cards and the Young Guns score the same rating as they did when they were released last year. In case you don't remember what I thought, or don't want to search for the UD1 review, here are a few things that I was critical about regarding this year's set of cards.

- The 'globe' design at the bottom of the base card seems a bit recycled from an earlier Upper Deck release.
- Some of the base card backs left a lot of space that could have been used more effectively.
- The Young Gun design seemed a bit muted this year.

Inserts/Game-Used/Autos -
Much can be found in each box of Upper Deck Series 2. In fact, I don't think there was a single pack that only had UD2 base cards within it. Upper Deck has loaded up boxes with insert cards ranging from updates to jerseys to autographs. 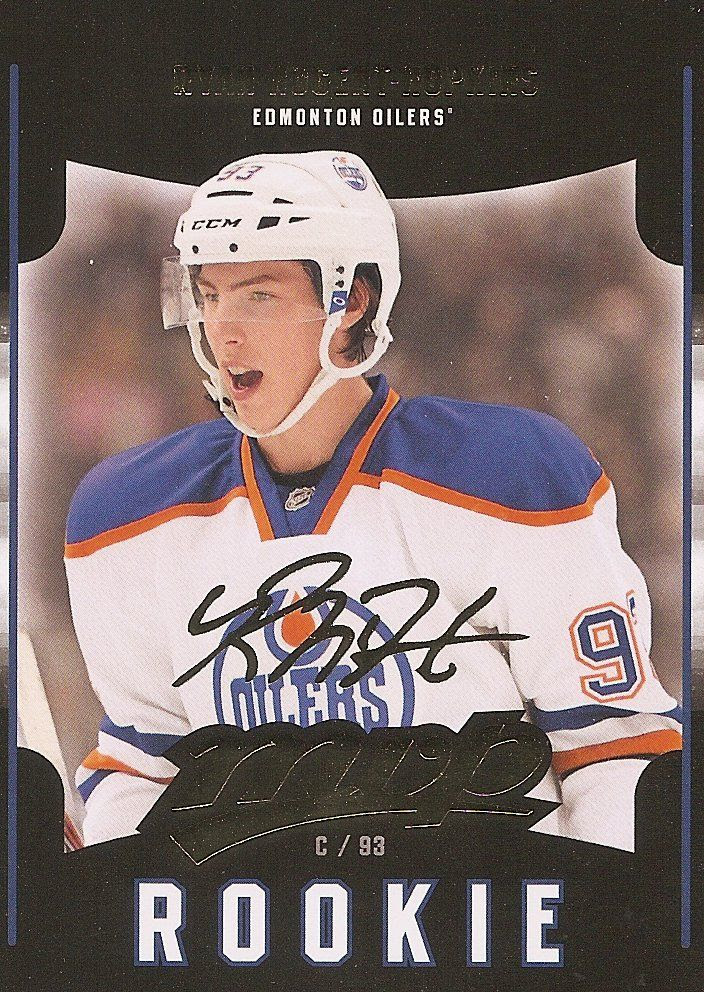 Most of the inserts in packs are updates to O-Pee-Chee, MVP, and Victory. In year's past UD2 had always put Victory Update cards in to round out the Victory rookie cards. This year Upper Deck has stuffed even more sets in. I have already reviewed all three of the sets mentioned, so please check back and re-read my reviews of them if you like. I would like to mention, however, that I am very, very happy to see the MVP rookie cards here in Series 2. MVP was an insert into Victory boxes this year and I thought that Upper Deck wasn't going to have the cards continued on. To my surprise, they showed up in UD2. Not only are there the standard base cards, but the beautiful black bordered rookie cards are here. I was crossing my fingers for a Ryan Nugent-Hopkins MVP rookie... and it's here! Kudos for the inclusion Upper Deck! To go along with these sets, collectors can also find inserts from OPC and MVP as well. OPC retro cards are in the boxes as well as autographed MVP inserts. 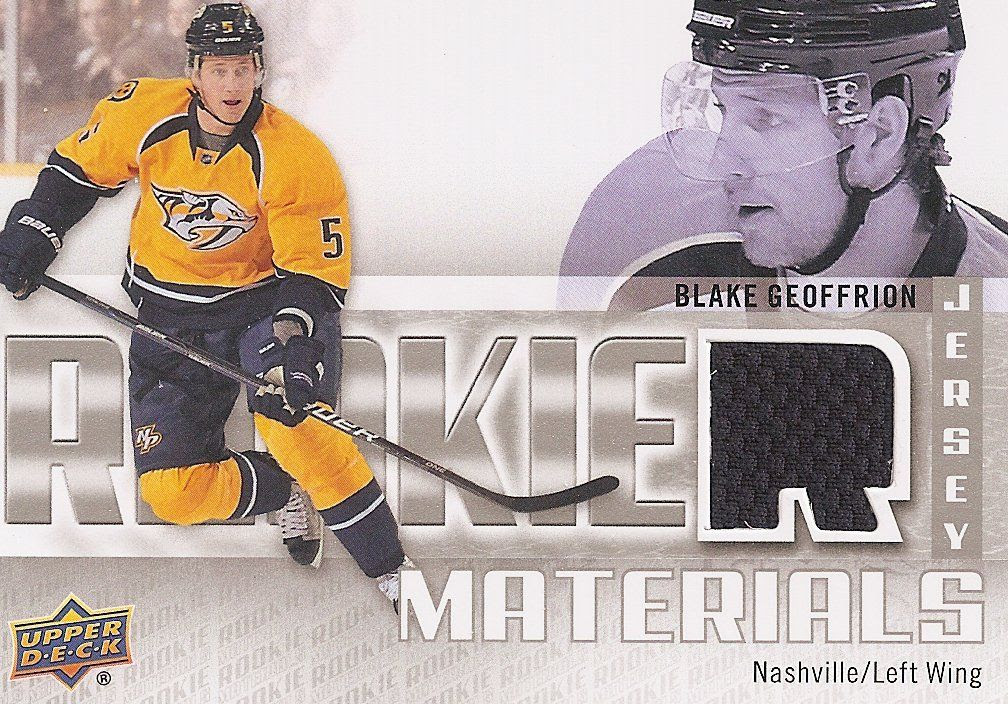 Each box of Series 2 will contain two jersey cards on average. In Series 1 collectors usually found two UD Game Jersey insert cards. Here, they will find one of those and also a Rookie Materials jersey card. These cards have been a staple of UD2 for some time now and again they are back this year. The Rookie Materials cards have a horizontal orientation with a jersey swatch in the shape of an 'R'. It's not a bad design, but it's not a card that I particularly find appealing either. These rookie jersey pieces are stated to have come from the rookie photo shoot.  Fans of the rookies will definitely want to pick one of these up just to have as a part of their PC, but otherwise they shouldn't be too appealing to most collectors. 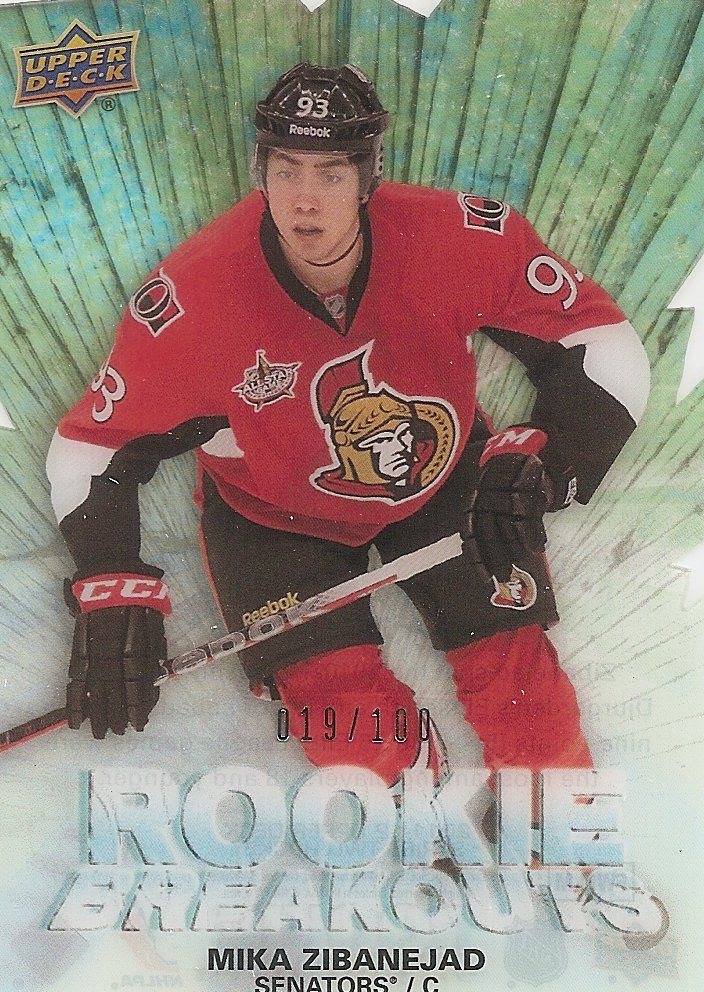 Rookie Breakouts also make a return to UD2. These acetate cards are limited to only 100 copies each. I appreciate these cards because they add a different element to the set. I am very happy to see that there are less inserts like the All World Team in this release. I guess those spots were taken by the updated cards. To find out all the details about what exactly is in UD2, Upper Deck has released all the information you could ever want regarding it. This is not a typical Upper Deck practice, but I'm very happy to see that they did. Click here for a run-down of Series 2 and all it's secrets! Because of all the different elements put into UD2, this series actually gets a higher rating from me than the first.

Overall Rating -
Upper Deck Series 2 is a great product to sit down and open. The word is definitely 'fun'. I loved seeing all the different things that the box had to offer. For collectors who like variety, this is a product that will keep you occupied!

In terms of value, I see that there are some great positives. As usual, the Young Gun rookie cards should prove very popular. The group of Young Guns in Series 2 may not be well known, but you never know when one will break out and be a star. Also, the Victory, MVP, and OPC rookie cards will still yield all the big names from the first series so there is definitely some added value there in terms of rookie cards.

Last year Upper Deck did not produce a lot of Series 2. Boxes of last year's product is very hard to find and expensive if you find it. I'm not sure about this year's production run, but I would go out and get a few boxes just in case!

Over, under, or just-rightly produced... this is a product I would recommend busting into.