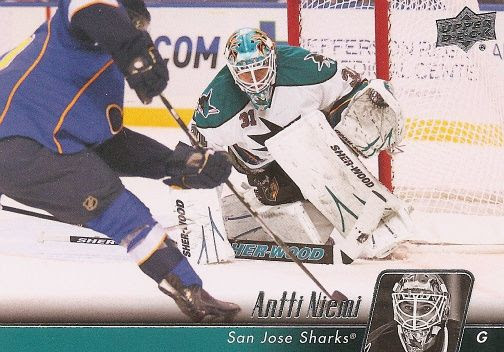 Base Card Design -
Well, there's obviously nothing different between this and UD Series One in terms of base card and Young Gun design, but I will say that Upper Deck has continued to produce cards with the best and sharpest photography. The shots of the hockey players are great. There are the standard action photos, but there are also quite a few unique shots captured on cardboard that other companies don't usually bother choosing to put on the front of their cards (I'm looking right at you Donruss!). Instead of giving a review of the base design in this post, I'll just highlight some of the cards that stood out to me as I broke my boxes. If you'd like to check out a review of the card designs, feel free to CLICK HERE to go to the review of Series One I did in November of 2010.

So here we go! When flipping through the cards on my first break of the product, I could not help but stop at certain cards. Instead of just blasting through base cards looking for hits and Young Guns, I literally had to just stop and admire the moments UD captured on card. The cards are in no particular order. 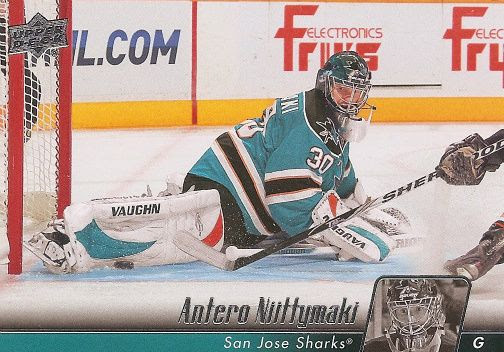 Goalie cards are especially great this year. Check out Nitty making an awesome pad save! 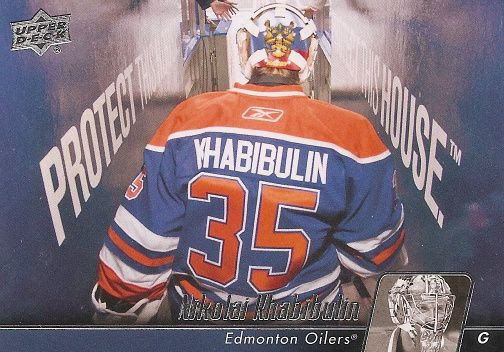 I love how it feels like you're right behind Khabibulin as he enters the rink. 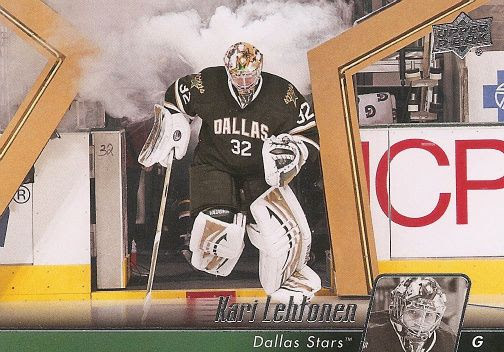 Another great shot of a goalie coming onto the rink... but from the other side! 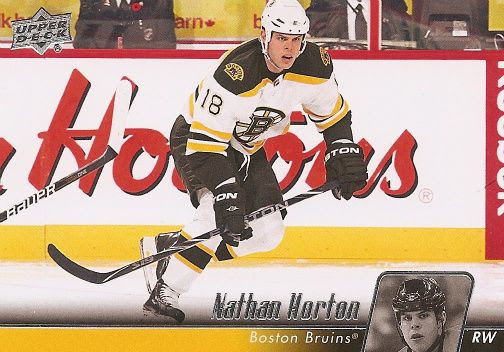 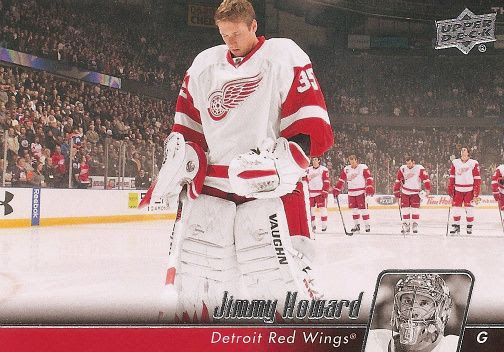 It's great to see photographs of moments from before the action.

The cards above are just a few stand outs. I purposely chose the horizontal cards to put in this post because I really like the way they let you see a wide few of the action or poses. Here are some other cards I really enjoyed from this set. Sorry I don't have a scan of them, but if you get a hold of them let me know if you liked them as much as I did. They are:

The Young Guns design has grown on me a little bit since I reviewed it in November. I still like 2009/10's YG a little better, but I'll admit that these are pretty nice too. I'm going to up my original base card design score just a touch. Here it is.

Base Card Design Score:
9.5/10
Inserts/Game-Used/Autos -
Upper Deck has continued on with some of the inserts from Series One. Hockey Heroes and the Retro cards are back! I like the idea of the Hockey Heroes card set but I'm not a big fan of the design. For Series Two Upper Deck chose to feature Bobby Orr (Series One had Steve Yzerman). Obviously Orr is a legend so having him as the star of this set was a no brainer. This would be a fun set to put together through the years. 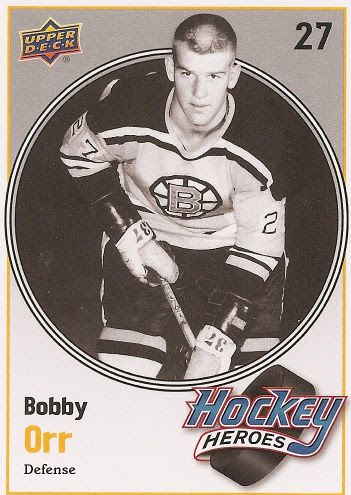 Retro cards also make a return. I think the retros are nice and would be a fun and challenging set to complete, but I'm just not a fan of how cheaply made the standard retro card is. It is SO cheap feeling and thin! I was fortunate enough to get a couple retro Young Guns in my break this time. It doesn't look too much different than a standard retro card. Back when Young Guns first came out they didn't have a drastically different design than the standard base card. They just featured a special Young Gun logo. If you don't look carefully at your retro card you might even miss that you got one! 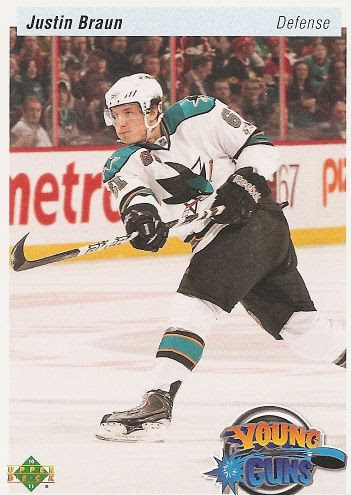 One insert that was not featured in Series One were the Rookie Material jersey cards. This year's Rookie Materials card reminds me a little of SPx - I think it's because of the color scheme that they used. These cards are nice and clean looking and have a modern feel to it. My only complaints about these cards are that the jersey pieces are pretty small and that the name can be difficult to read. 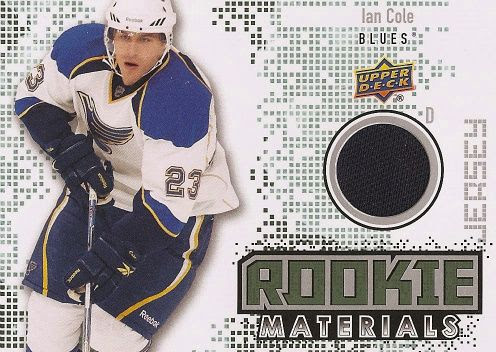 Last year Upper Deck Series Two spiced itself up with adding Victory Update cards into packs. UD has chosen to do the same this year as well. There are lots of great Victory rookies this year and they can be pulled out of the Series Two packs. It's a nice added value to the pack - though usually the value of these rookie cards aren't that high. I'd say that collecting the update set is much more worth it than going for the initial release though. Ugh! The original Victory set had nothing of value to really make anyone want to get some! 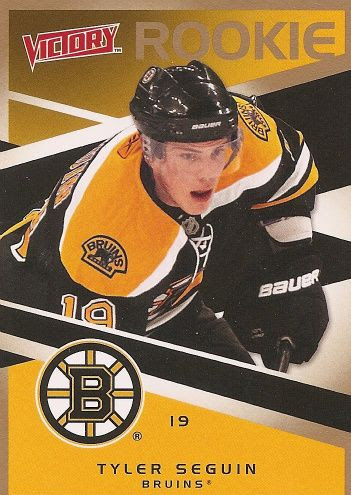 Beside regular Victory Update cards, you can get gold and black variation cards too. The gold rookie cards are nice as the gold foil has a little bit of shine to it.

The inserts featured above are the common inserts that you can expect to pull out of a box of Upper Deck Series Two. There are other inserts that feature autographs and even acetate cards that are much more difficult to pull. Because of the variety of inserts you can pull in Series Two, I'm also going to up the score from what I gave Series One inserts.

Inserts/Game-Used/Autos Score:
8/10
Overall Rating -
Upper Deck Series Two continues where Series One left off. I think UD 2 tends to be a little less great traditionally than the Series One release because there are not as many stand out rookies in it, but this year there is a lot of variety in a Series Two box along with some great young talent in the Young Guns set. It's definitely a fun break and I highly recommend cracking open as many as you can!

Overall Rating:
9/10
(Not an average)
Check out these videos of my Series Two box breaks!