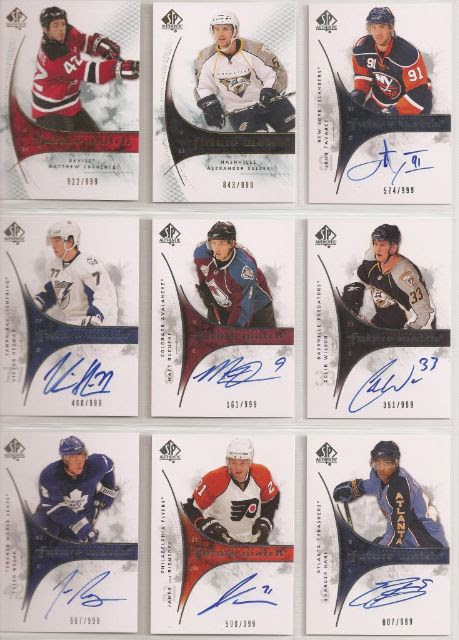 I have always liked the Upper Deck SP sets. I remember when they first came out. I was in high school and my dad took me to a small local card show in San Francisco. I saw the packs of '93 baseball SP there and bought a few for $3 a pack. I thought, wow, these are really nice and clean looking cards with great photography! As the weeks went by, the prices of these packs sky rocketed as Derek Jeter and other stars of that year became more and more popular. Upper Deck released a similarly designed football set and hockey set as well. The hockey set, though, was special. It came one per pack in regular Upper Deck packs. I remember getting as many packs as I could. Back then I could never afford to complete the set but luckily I was able to pick it up years later for a really great price on eBay. 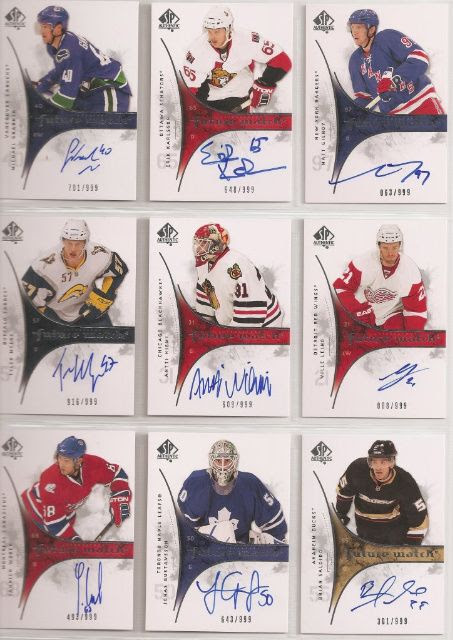 SP Authentic hit the marked and was a booming set as well. Collectors loved it! The limited rookies really made these sets shine. When I collected basketball cards, the Vince Carter rookie was always high on my most wanted list. Packs of that stuff were upwards of $20-$30 each back then. On a college budget, they were far out of reach for me. 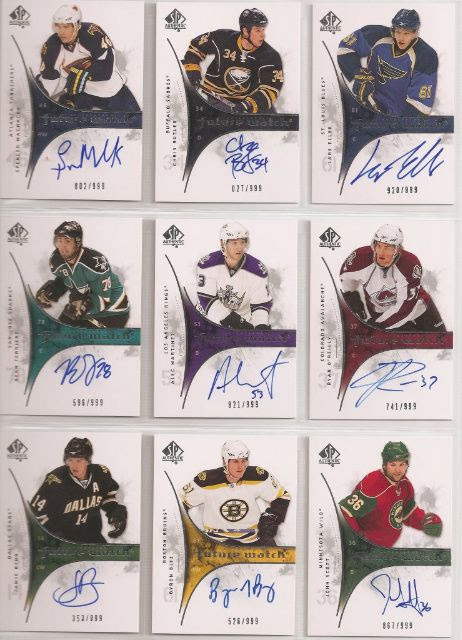 Now that I'm back into collecting, I'm finding that SPA has become sort of a mid-level product. It's still a VERY highly collected set, but not the top dog in terms of value. Really high-end products have taken over the market. Products like The Cup and UD Black, as well as SP Game Used. SPA remains, though, a beautiful set with a great rookie selection. The autographed on-card autographs are still a huge draw. And they are what drew me to this set. 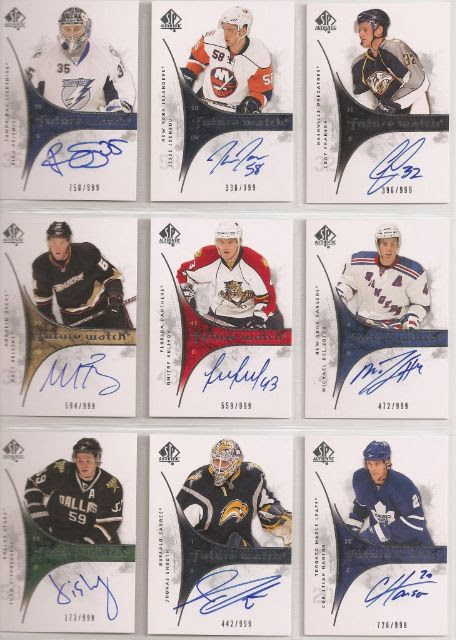 I began by buying one box of SPA. I got a Victor Hedman Future Watch Auto and Ray Macias FW auto patch. I really loved the clean and crisp design of the cards. The mostly white design really makes the autographs, photos, and patches pop out. I didn't think I could complete a set, but I thought I'd give at least part of the set a try. 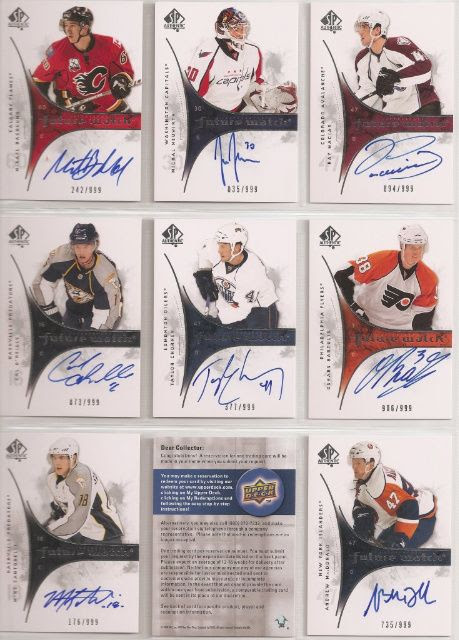 The base set was pretty easy to complete, it came with my box! I ended up getting the entire Essentials set on eBay for $40. The non-auto Future Watch cards were picked up via eBay one at a time. And finally, the Auto Future Watch cards. It took me a few months... but I did it! I had to watch a lot of eBay auctions and do a bunch of last second bidding and also bargaining, but I completed the FW auto set! My last card, Tom Wandell redemption, came in today. It was also, one of the most expensive cards from the set. I'm not sure what the deal is with the redemption cards, but they were crazy amounts of money. I spent almost $40 on Luca Caputi and over $50 for Wandell. Crazy! Hopefully Upper Deck will get their cards signed and sent out sometime soon. For now, their redemption cards are sitting in as place holders. 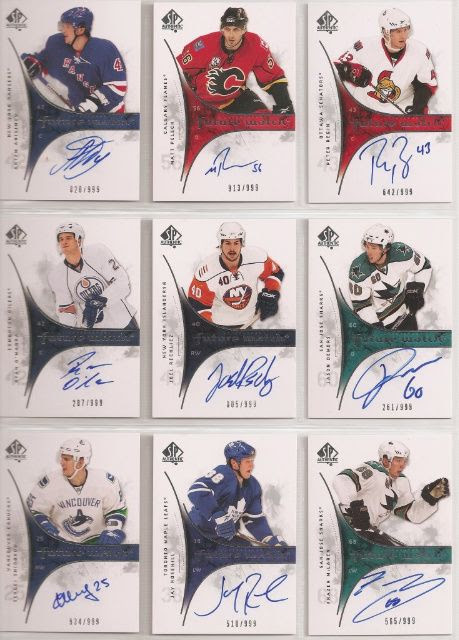 Other cards that cost a lot were John Tavares, Matt Duchene, and Antti Niemi. I couldn't pull these cards out of packs so I had to bid on them. I think I got JT for a good deal. I put in a best offer for the card on eBay and the seller accepted. James van Riemsdyk was another card I think I had to put a best offer in for. It was either him or Duchene... I forget! Doesn't matter now though, I have my set! 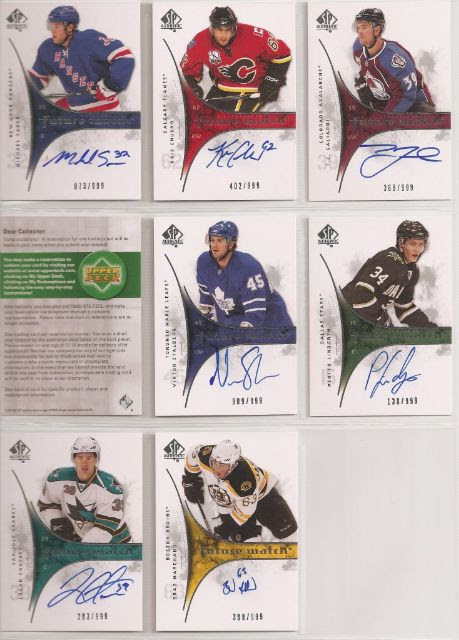 The funny thing is that whenever I watch SPA box breaks I always see Tavares getting pulled. One guy pulled like 9 or something like that. That is just nuts! Super lucky. Hopefully for all of us Johnny T. will be an NHL superstar. If not, well, then I guess that guy wasn't that lucky and I overpaid for mine. Haha.

I guess I could go for the Future Watch patch set now... but that would be REALLY pricey. For now, I'm holding on to the FW patches I have, maybe I will collect them. Who knows?!?!

On this post I've put up scans of my FW Auto set. I really like them! Enjoy the scans and thanks for reading!
Posted by luke. at 8:25 PM